Ever since the first issue of Asian Sky Quarterly we have had a section that looks at the pre-owned market performance of an individual aircraft type. We called this the ‘Pre-owned Aircraft Spotlight’, and our intention was to advise potential buyers and sellers of the market for that type.

Over the issues, we have reviewed the pre-owned market for many types, and in some cases for the more popular models, have reviewed the market again several years later. The business jets we have looked at include the G550, Falcon 7X, Global and Challenger series, and smaller aircraft like the Citations, Phenoms and many more. It is not only brokers, buyers and sellers that, we have also seen people print it on A4 paper to show their clients. Many readers have asked questions and made suggestions about what we could add to the section, and for that, we wish to thank you all.

In our regular Market Dynamics section we have a positioning chart that shows what the demand/supply level and current market position is for each type. This is based on each model’s inventory level, as well as the number of transactions that have taken place. We turned our historical data into trendlines which showcases the buyer-seller shift of the major pre-owned business jet models on market.

Now that we have entered a “Seller’s Market” and are faced with historically low inventory levels, in general most models are enjoying more market demand. We see relatively newer model groups being more in demand, like the G650 and its ER variant, as well as the Falcon 7X and G550. In the US market, light jets, as well as medium sized models including the Phenoms, Citation Jets, and the G200/G280 family are in demand recently, as they are ideal for domestic travel within the country. In general, except for the corporate airliner models (which are not listed here), most models enjoyed a shift from higher supply to higher demand.

When it comes to market values, it has always been the long range, and large cabin models that command the most, as they have higher values and have seen a greater portion of transactions. The G550 for example, with more than 600 deliveries over the past six years has seen around 300 transactions (50% of the fleet) which helped form the multi-billion-dollar brokerage market that we are seeing today.

Market supply has been at its historically lowest level, which has been mainly driven by the G550, G650, Falcon 7X and the Global 6000. Currently, these four models make up to 30% of the total market value, which is 70% of the total large cabin and long-range model segment combined, based on total 39 business jet models that we are monitoring.

This segment’s on-market value has been shrinking, driven by high demand: back in 2016 when at its highest level, these four models’ total inventory value was over US$3 Billion and as of today, it is US$1.4 Billion – a decrease of more than 50%. For relatively newer models like the G650 and its ER variants, supply levels have fallen below 1.5%.

Pricing-wise, as most of the fleet ages, market prices go down due to depreciation. This has been the case for several years with these main players. We have however noticed a recent shift, in that pricing for older models of the more popular types has been increasing.

All these reasons have combined to create bubbles in the market, with seller’s expectations of having higher final sale prices for their aircraft.  Unusually, the pre-owned Gulfstream G550 market might be benefiting from the shift to a seller’s market. Since 2019 as Gulfstream delivered more and more G650s, more G550s came onto the market, which were often young aircraft that their owners sold once their G650 was delivered. At the height there were 45 G550s for sale, with asking prices slowly going down. This worked in favor of potential buyers, as not only could they have many different G550s to choose from, but they also had a strong negotiating position when it came to pricing and delivery terms.

The G550 market quickly become the most popular market, with more than ten transactions frequently closing in a single month (more if we include off-market transactions). Many buyers failed to secure their deal as the demand has been driving up pricing – even with an older fleet listed on the market.

This trend continued into Q4 2021, especially in December which saw a big surge in transactions.

The large cabin inventory shares a similar consumption rate as the long range group. At the beginning of 2015 the market inventory value together for these models was near US$1.8 billion, but since then this has dropped to around US$300 million. The number of aircraft for sale has been dropping as well, with around 10-20 for sale now.

The Challenger 604/605 market has been spectacular. At its peak there were around 70 aircraft on the market, but this has now dropped to less than 15. Since 2015 there have been more than 500 aircraft transactions – remarkable given that there are 614 Challenger 604/605s currently in operation.

The heated market condition has thus created vacuum – as many buyers may fail to secure a pre-owned aircraft, and supply hasn’t actually been increasing. The time frame that buyers will need to make up their minds about purchasing a particular aircraft will continue to shrink, and buyers will quickly learn that to acquire favoured aircraft they will need to act faster. Eventually, this will benefit the OEM, and their backlogs. 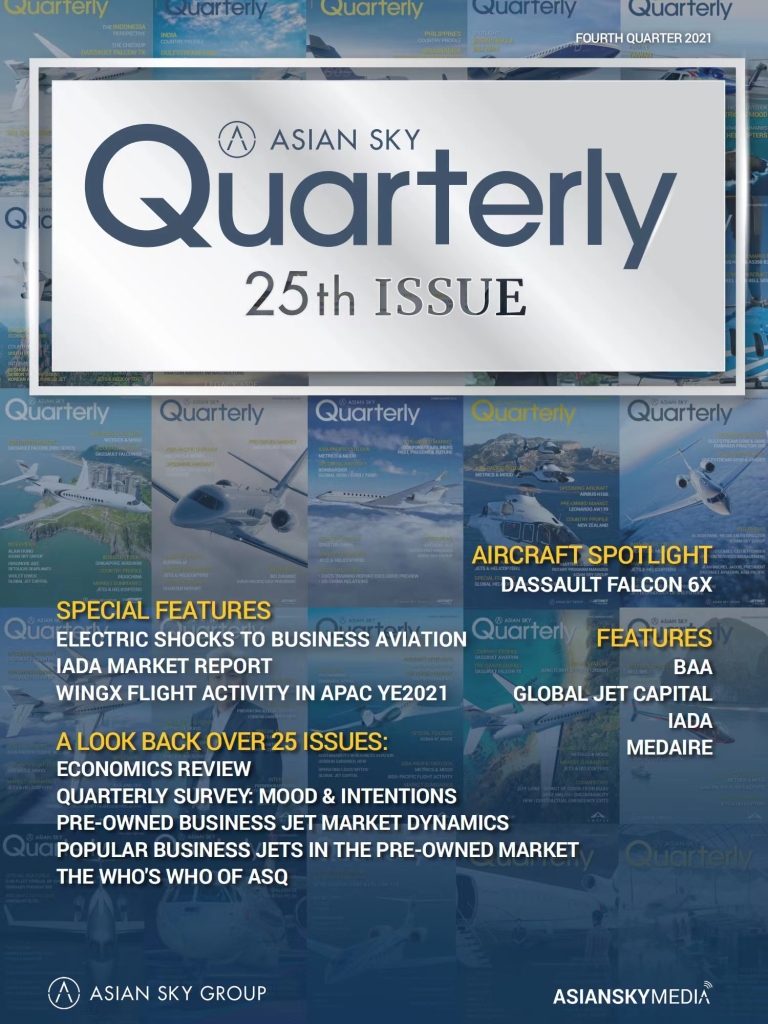 January 28, 2022
“As a percentage of active fleet, business jet and turboprop pre-owned inventories are at another…