Ascent Charity, a French non-profit organization, will launch drones in Ukraine to assist with humanitarian efforts through its Ukraine Aid Initiative by Drones (U-AID).

The drones will be used to send critical aid to affected regions where supply routes have been cut, without sending on-ground personnel.

U-AID is endorsed by the Ministry of Internal Affairs of Ukraine and will deliver supplies provided by the State of Emergency Service of Ukraine into the country’s western and central areas.

Emergency relief drone operator AerialMetric will fly the drones, whilst Ascent will organize flights from neighboring countries, such as Poland, Romania, Hungary, Moldova, and Slovakia.

Deliveries will be carried out in two phases. The first phase focuses on drones flying in from neighboring countries. Once humanitarian corridors are secured, the range of drones will expand. Phase two focuses on rebuilding, with drones being deployed throughout Ukraine.

Ascent Charity also set up a GoFundMe page. It plans to fundraise EUR 10,000,000 to send out 50 cargo drones that will secure food and medication for civilians in combat zones. The operation will begin once EUR 300,000 worth of donations has been raised.

You can read more about Ascent in Asian Sky Media’s 2021 Asia-Pacific UAM Report. 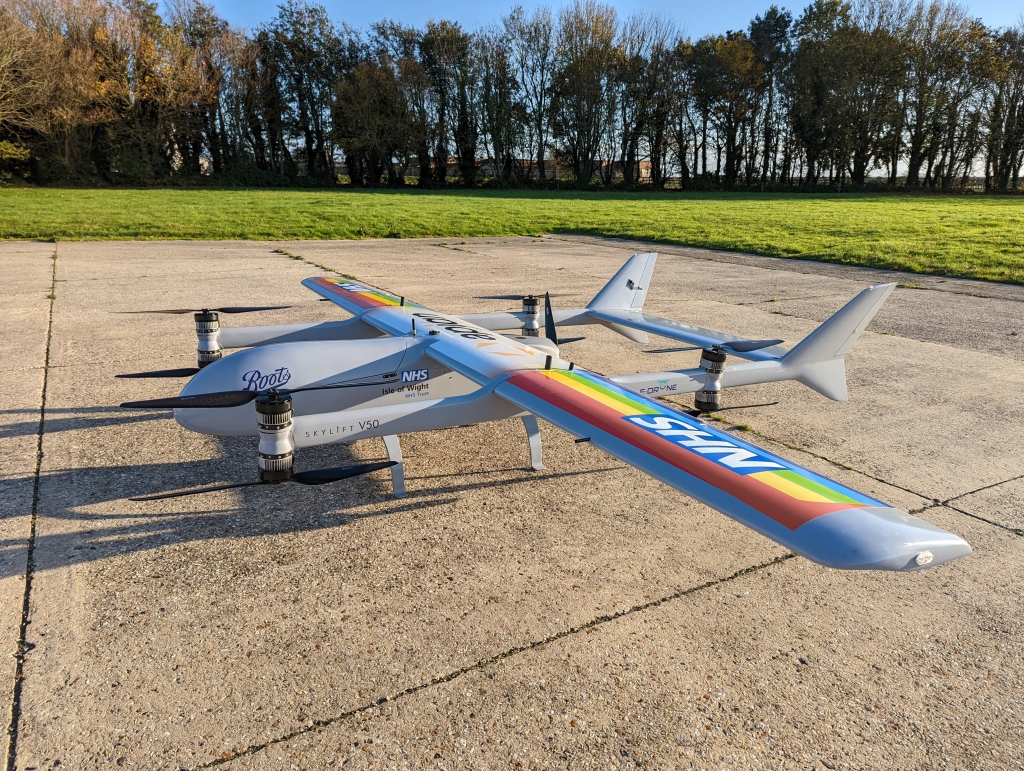 by Global Sky Team July 29, 2022
Boots has become the first community pharmacy in the UK to transport prescription-only medicines by…
Advanced Air Mobility by Global Sky Team January 25, 2022
Skyports has partnered with the Massachusetts Department of Transportation’s (MassDOT) Aeronautics Division to showcase how…
General Aviation by Global Sky Team February 27, 2020
The technology for drone manufacturing has become more and more mature. The latest drones are…