The 2022 Singapore Airshow saw a plethora of milestones announced, especially in the urban air mobility (UAM) sector. Volocopter, an electric vertical take-off and landing (eVTOL) startup, was no exception, with the company launching a 32-page roadmap during the week. According to Christian Bauer, the company’s Chief Commercial Officer, 2017 saw authorities such as the Singapore Economic Development Board (EDB) and the Ministry of Transport approaching Volocopter to learn about the new technologies involved in UAM. This partnership would ultimately result in a first test flight conducted in the Marina Bay Area of Singapore in 2019. 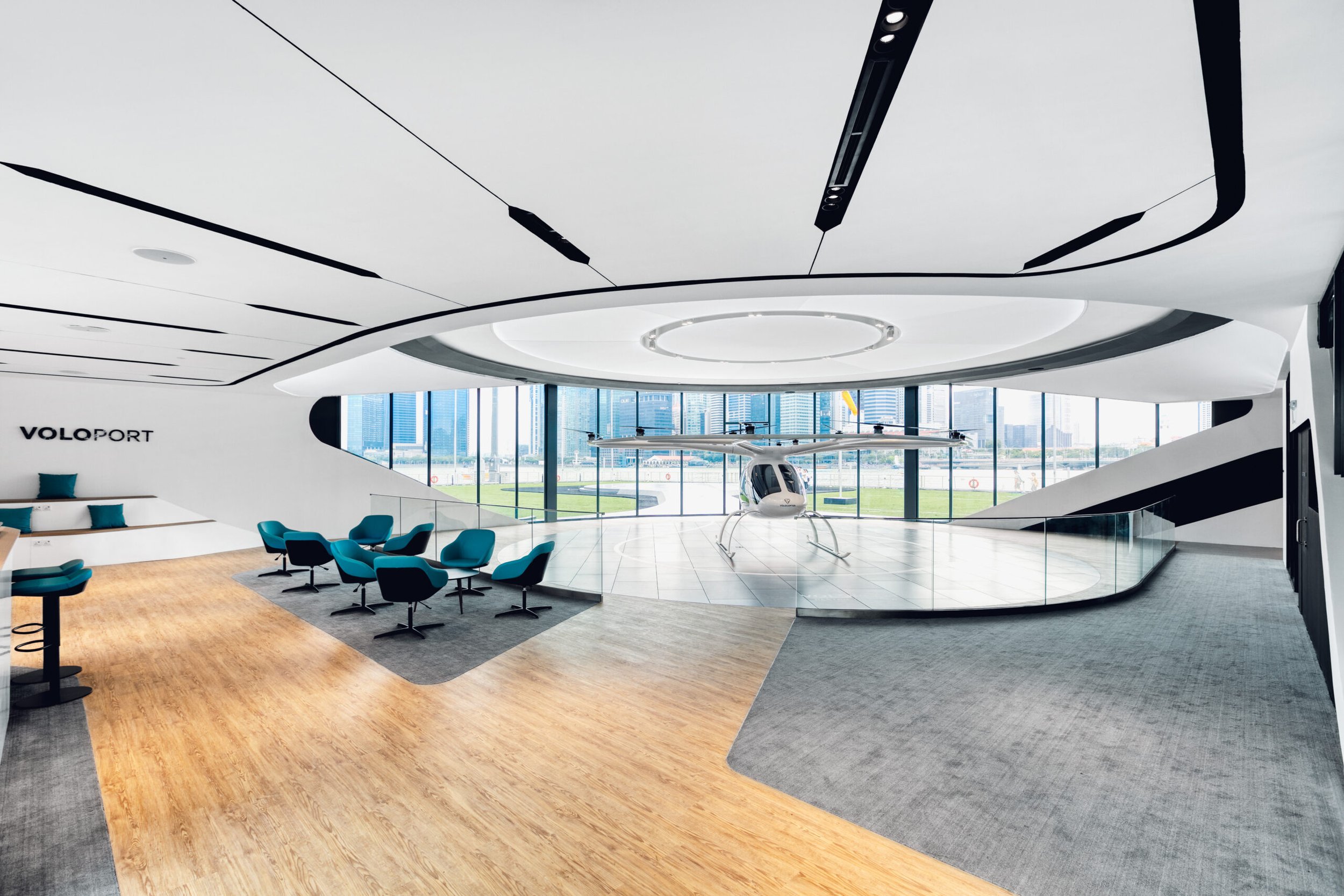 In the past few years Volocopter has been focusing on building up its team in Singapore. With the country’s government approval and recent initiatives aimed at making Seletar Aerospace Park a future advanced air mobility (AAM) hub in the region, Christian believes that now is the right time for the company to showcase to the public its aircraft. The company is also looking to highlight prospective activities and partnerships in its roadmap in order to launch air taxi services in the next two years.

Christian believes that Singapore’s communication and culture fit Volocopter well. “The work with authorities showed us that they honor our step-by-step approach and the safety and quality we are looking into things, especially on our products,” he says. Additionally, he views Singapore as being centrally located, as well as being easy to commute to other Southeast Asian countries such as Malaysia, Indonesia, and Thailand. The final reason, Christian cites, is Singapore’s talents, with the country having a reputation for being innovative and leading the charge. As he puts it, “Singapore has shown in the past that they are very keen on introducing new technology, automated technology, and so on.” This can be seen in the partnerships Volocopter maintains with government sectors, including the Civil Aviation Authorities of Singapore, and more recently, in signing a Memorandum of Understanding (MOU) with JTC Corporation to study the feasibility of developing manufacturing and MRO facilities and resources for eVTOL aircraft in Singapore’s Seletar Aerospace Park.

Volocopter’s air taxi aircraft, the VoloCity, is aiming to achieve certification with the European Aviation Safety Agency (EASA) in the next two years. The VoloCity has a range of 35 km and a cruise speed of 90 km/h, with 18 rotors that are powered by nine rechargeable batteries. Additionally, its main selling point remains its low noise level, with the aircraft being four to five times quieter than a small helicopter, meaning that it will not disrupt city-goers. Christian says that during its flight test in the Marina Bay Area, tourists went about their day without being affected by any noise from the aircraft. As such, the company is looking to launch flights in Singapore, with its first focus on tourism routes and sightseeing. More specifically, flights will be launched in Marina Bay and Sentosa, and then gradually expand to include cross-border flights to Malaysia and Indonesia. The roadmap further details Volocopter integrating Changi Airport into its flight network to make cross-border routes more efficient and convenient. According to the document, traveling from Changi Airport to the Ibrahim International Business District (IIBD) of Johor Bahru in Malaysia could take up to 30 minutes in Volocopter’s eVTOL aircraft, compared to the three hours it would take by car, meaning that flyers could save up to 150 minutes on their journey. Christian states “They [travelers] can get into the Volocopter and then fly directly there without another immigration check.” Although he acknowledges that it will take time in order to gain approvals from the two neighboring countries, Christian remains positive that cross-border flights will come to fruition, with the company already in talks with Malaysia and Indonesia. 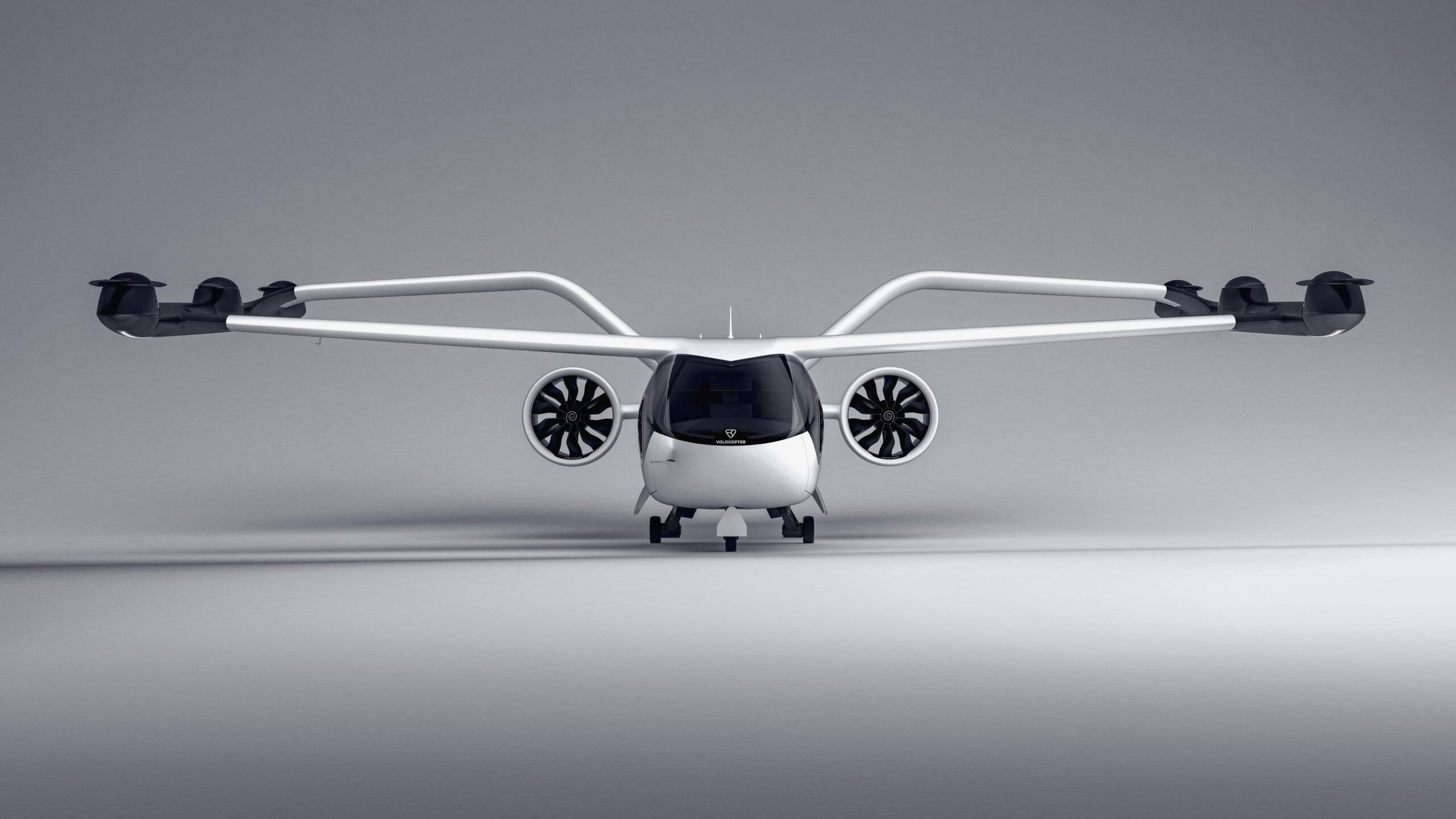 Aside from the VoloCity, Volocopter has a large portfolio of aircraft, including the VoloConnect and the VoloDrone. The VoloConnect, built as an extension of the VoloCity’s air taxi services, is designed to connect the city and suburbs together with one seamless flight. With a range of 100 km and a cruise speed of 180 km/h, the aircraft can seat up to four passengers, and uses a hybrid lift and push design. The VoloDrone on the other hand is an unmanned electric drone capable of carrying a payload of up to 200 kg, with a range of 40 km. The drone was first displayed last year in Hamburg, Germany. 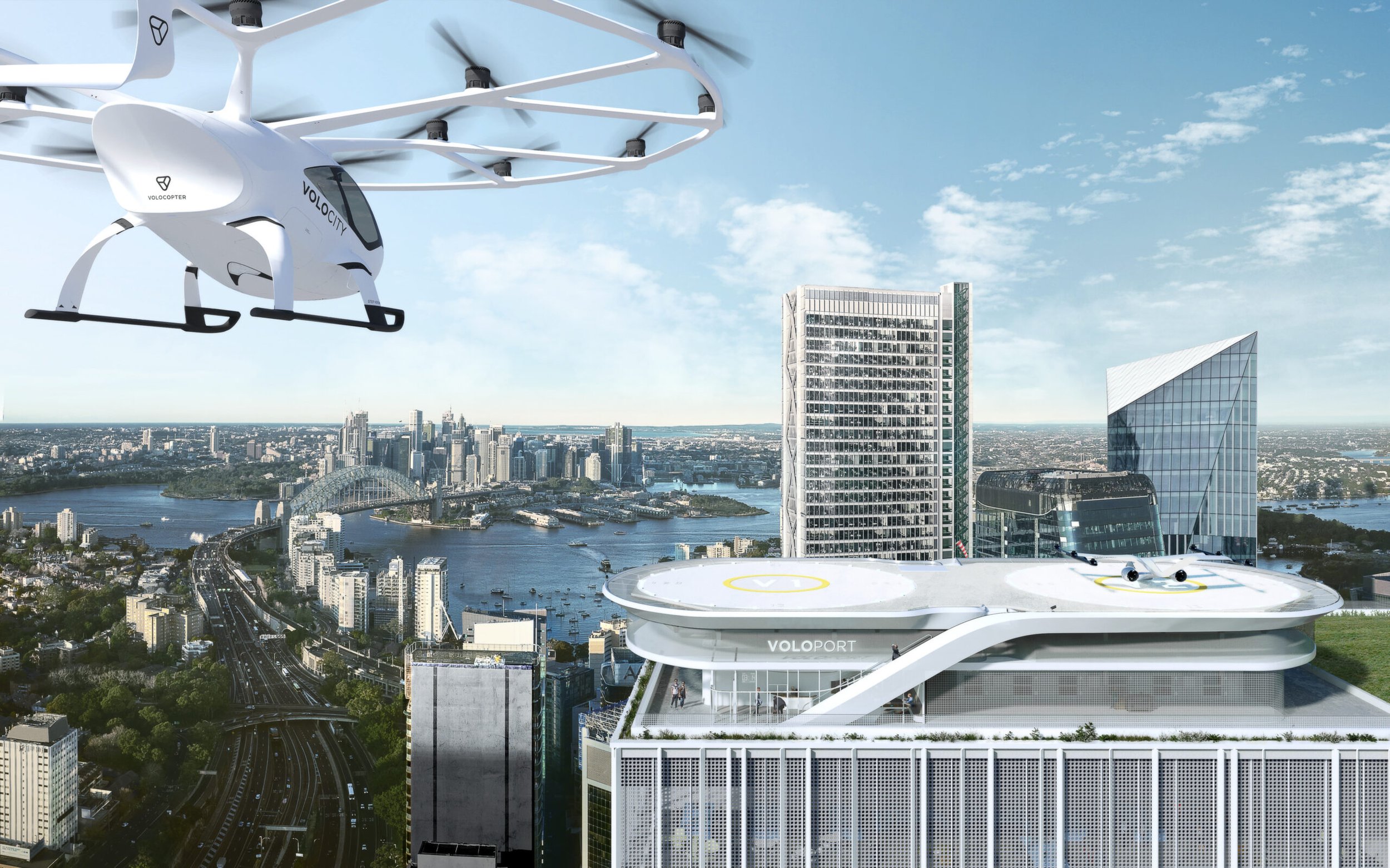 However, there are still challenges with launching eVTOLs commercially. Whilst Christian believes the public are open to the idea of autonomous flying, right now it seems that people still want a pilot to be on board the aircraft so passengers can feel safer and have peace of mind. Another reason lies with the regulatory body; with autonomous flying currently not having any regulations. This ties into the eVTOL certification process with flight authorities –whilst Christian views the working agreement between the EASA and the Civil Aviation Authority of Singapore to be very smooth, the process will most likely still take longer compared to an average aircraft, because eVTOL and UAM are completely new technologies, with nothing like it being certificated before.

Once launched, Volocopter will look to expand its services into other Asian countries. With the company already performing flight tests in Seoul at Gimpo and Incheon Airport, as well as setting up a joint venture with Geely in China in 2021, the company remains active in building up infrastructure and partner networks. In the end, Volocopter is looking to make its services available to the mass public and is planning to launch at prices around 40% lower than that of an average helicopter flight. As Christian puts it, “I think the positive thing is globally, cities are really valuing Urban Air Mobility because it brings a sustainable aviation transportation mode into cities.” As such, Volocopter seeks to further explore the potential applications of its eVTOL aircraft, and how that can be integrated into densely populated cities.

Volocopter brings urban air mobility (UAM) to megacities worldwide. We aim to improve the quality of life for people in cities by offering a fantastic new mode of transportation. For that we create sustainable and scalable UAM-ecosystems with partners in infrastructure and operations.

Volocopter’s family of eVTOL aircraft will offer passengers (VoloCity and VoloConnect) and goods (VoloDrone) swift, secure, and emission-free connections to their destinations, supported by VoloIQ, the UAM ecosystem’s software platform that serves as its digital backbone for safe and efficient operations.

As a pioneer in the UAM industry, Volocopter will launch commercial services within the next few years. Founded in 2011, the company employs more than 500 people in Germany and Singapore, has completed over 1,000 successful public and private test flights, and raised €322 million in equity from investors, including Daimler, Geely, DB Schenker, BlackRock, and Intel Capital. 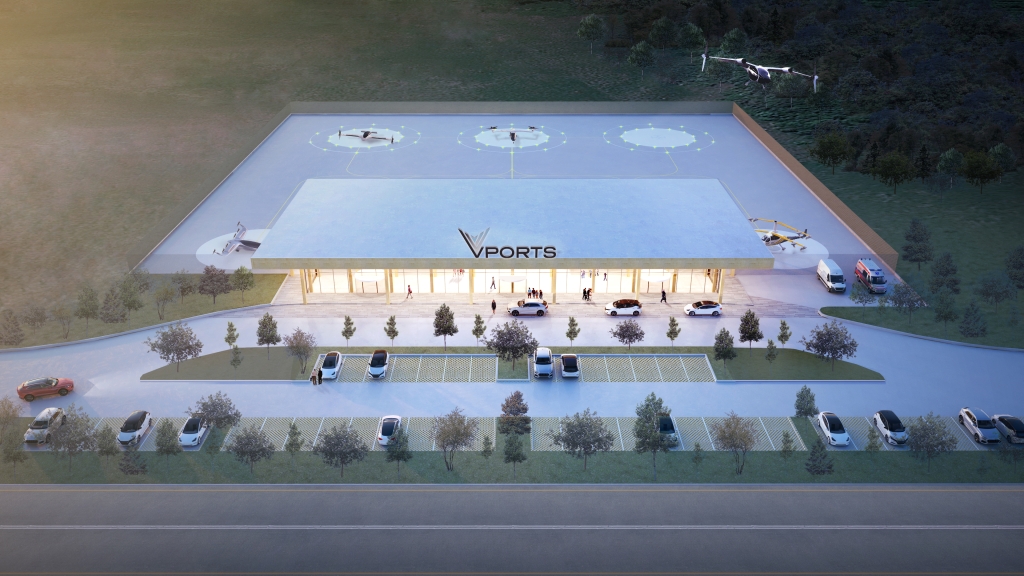 by Jeremy Chan November 21, 2022
German aerospace company Lilium has announced the pricing of USD$119 million in capital that it…