Since joining Volocopter in September 2020 as its Head of APAC, Hon Lung Chu has spent most of his time building up the local team, and working closely with the Singapore government to prepare for the commercial launch of Volocopter’s air taxi services in the Lion City.

A Harvard Business School graduate, Chu joined Volocopter from AirMap, where he was head of the company’s Asia-Pacific business operations. His experience with AirMap, which provides intelligent airspace solutions, held him in good stead for his task of launching AAM services in Singapore.

“We spent the past two years aligning with the government’s efforts in Singapore towards our launch,” says Chu. That alignment has included many different government departments, as well as the local tourist board.

“Coming up with solutions and then bringing everyone to the table so that we are aligned on making this launch happen for Singapore,” says Chu. “Of course, it’s a big deal for Volocopter as well as it is the first Asia-Pacific city, but it is also a big deal for Singapore, and the benefits which we have outlined in our road map.”

The roadmap that Chu mentioned was released earlier in 2022 during the Singapore Air Show. The document outlines the company’s plans to start operations and gives realistic start dates for different phases of its plans.

But before Volocopter can launch flights it has the small matter of a type certificate for its first eVTOL aircraft – the VoloCity, to contend with. No small feat, as it is likely to be one of the first eVTOLs in Asia to be certificated outside of mainland China.

As a German company, Volocopter will certify its first eVTOL, the VoloCity, in Europe with the European Aviation Safety Agency (EASA) first, which will later be validated by Singapore’s own aviation authorities, the CAAS. The process for doing this has been sped up, following a December 2020 agreement that will see the CAAS concurrently approve EASA design approvals, and work towards type certifications in close collaboration.

If all goes well, then the company plans to begin operations in 2024, with tourist flights around Marina South, and Sentosa, an island resort off the southern coast of Singapore.

From a launch perspective, for Singapore we are very clear it’s touristic flights to start with, then we go across the border into nearby city centers.

“As you can imagine, we are looking at other destinations, including Seletar (Singapore’s business and general aviation airport) and Johor Bahru (Malaysia), as well as Batam (Indonesia) and of course in Singapore’s Changi Airport,” says Chu. “I think these are really the obvious places that we would see cross-border activities also happening, and then of course Marina South and Sentosa could also be expanded to support cross-border operations.”

By the time the company is ready to launch cross-border flights, its second aircraft, the VoloConnect is likely to be in service. Whereas the VoloCity is designed for short hops inside urban areas, the VoloConnect is designed to connect cities, less than 100km apart. The first aircraft made its first flight in May 2022 and Volocopter expects that the aircraft will be certified and enter service in 2026.

Certifications and regulations are important – authorities all around the world will need to make sure that aircraft are safe in the air, and people are safe on the ground before services can be formally launched. But almost as important, certainly from a commercial perspective, is public perception. After all, you might have built the safest aircraft ever built, but if the public doesn’t trust the aircraft, they will not be willing to fly on it. Unfortunately, altering the public’s perception of something can be very hard. Once people’s minds are made up, it is then difficult to make them change.

Volocopter hopes to overcome this through an exhibition that it is running in Singapore, which has been designed in a way to demonstrate the real-world benefits of AAM. It includes a full-scale model of a VoloCity aircraft, as well as a model of a vertiport, and several informational videos. Although the exhibition is open to the public, Volocopter’s own staff conduct tours.

“We are really at the stage now where we are trying to prepare the general public for the arrival of our service,” says Chu. “When we launch an air taxi service, it affects not just the ministry of transport for example. It is not just a transportation tool, it’s not just an environmental thing and it’s not just about economic development. It is about all of those things and more. Therefore, in Singapore, we have had the benefit of working with multiple government agencies, including the Economic Development Board, MOT, and CAAS.”

The exhibition opened in July 2022, and is currently scheduled to run for a year, although Volocopter has the option to extend.

According to Chu, the company felt that it needed to launch the exhibition, not only to prepare the public for the launch of its own operations, but also to educate them about AAM in general, as well as new technologies that will be used.

“The feedback has been overwhelmingly positive,” says Chu. People are very engaged and excited. They can see the aircraft and they can sit in it. They can turn on and off the aircon, and charge their phones using the USB ports. They can also play with the inflight entertainment system, which adds a different level of reality, so that they can see everything for themselves, and picture themselves flying.”

Chu says that the exhibition has so far been such a success that the company is already looking for further opportunities where it can achieve broader engagement, and, if possible, take a deeper dive into the upcoming AAM world.

“It is important for us to really engage as deeply and as early as possible,” says Chu. “Our goal is to turn those people that visit the exhibition into ambassadors for air taxis, and also for Volocopter in Singapore.” 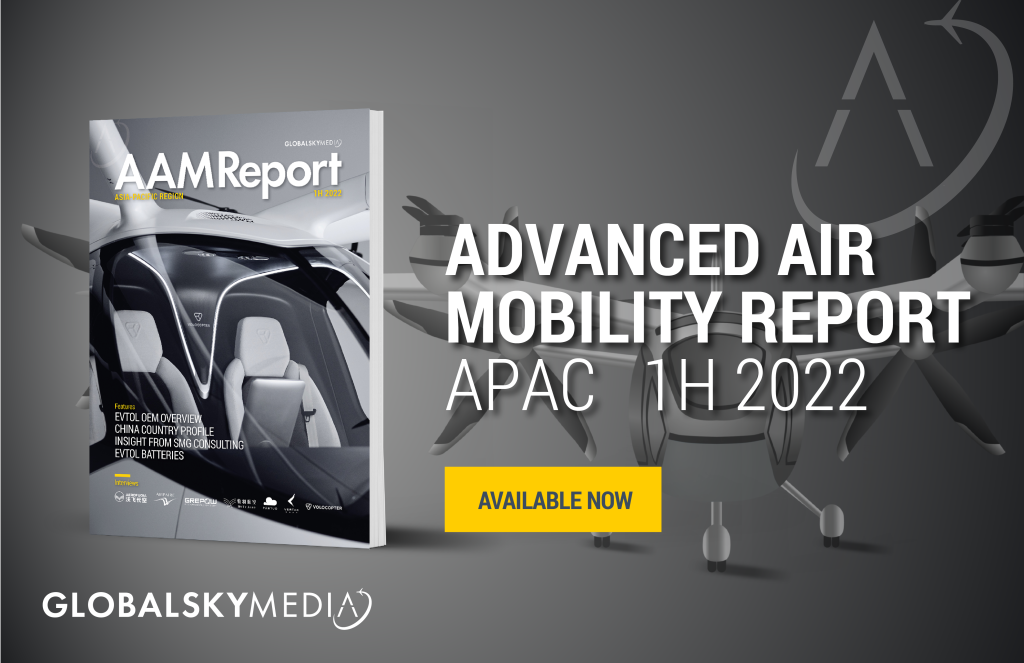 July 19, 2022
Volocopter has partnered with Singapore’s Institute of Technical Education (ITE) to launch a VoloCity public…