Before a new jet enters service, it is put through all kinds of demanding tests, including tests to ensure it will work in extreme environments. A case in point is “cold soak” testing for the Falcon 6X, wherein the airplane is placed in the deep freeze and then thawed out and flown.

The first step is to find the “ice box.” Cold temperatures are not the norm at Dassault Aviation’s Istres flight test center on the Mediterranean coast. So the Number three flight test aircraft (which has a full interior) was loaded with test gear and ten members of the test team plus two pilots, and flown in late December to the tiny town of Iqaluit in Canada, just below the Arctic Circle. Merry Christmas, flight test crew!

The 6X was exposed to temperatures between -20° C and -25° C. After two nights of cold soak, the aircraft followed a series of warm up procedures, engine starts and a test flight over northern Canada. The test team reported: “Very good behaviors were observed for all the systems and the airframe.” A subsequent cold weather test will evaluate operation at around  -40° C.

Very good behaviors were observed for all the systems and the airframe.

The 6X made the crossing from balmy Istres to St. Johns, Newfoundland (for customs) in six hours and 25 minutes, and the return flight from Iqaluit to Istres in six hours. Oceanic crossings will be routine for the 6X, which has a maximum range of 5,500 nm (10,200 km) and can fly up to 10-hour legs. It’s a delightful environment over those long stretches with the largest cabin in the long-range segment.

The 6X is marching through a flight test campaign and receiving high marks from pilots for its excellent handling qualities thanks to the latest version of Dassault’s digital flight control system. More than 150 flights and 500 hours have been flown on three flight test aircraft since March 2021. Certification is expected before the end of 2022.

Of critical importance, the 6X’s new Pratt & Whitney Canada PW812D engines have been certified by Transport Canada. The engines are built in Montreal, which makes Canada the certifying authority.  Approval follows more than 4,900 hours of testing, including more than 1,150 in the air. The 6X’s 13,500-pound-thrust engine is the most efficient in its class and requires 40 percent less scheduled maintenance.

The workhorse 6X is proving itself in other real-world missions. Before the Canada jaunt, the aircraft was based for several days at Le Bourget Airport outside of Paris, where it was flown by flight crews from Dassault’s Pilot Support Group and serviced by local maintenance technicians from Dassault Falcon Service. It was fueled with sustainable aviation fuel (SAF) from TotalEnergies. Like other Falcons, the 6X can operate on up to 50 percent SAF and will be regularly flown with this alternative fuel as part of Dassault’s sustainability commitment. 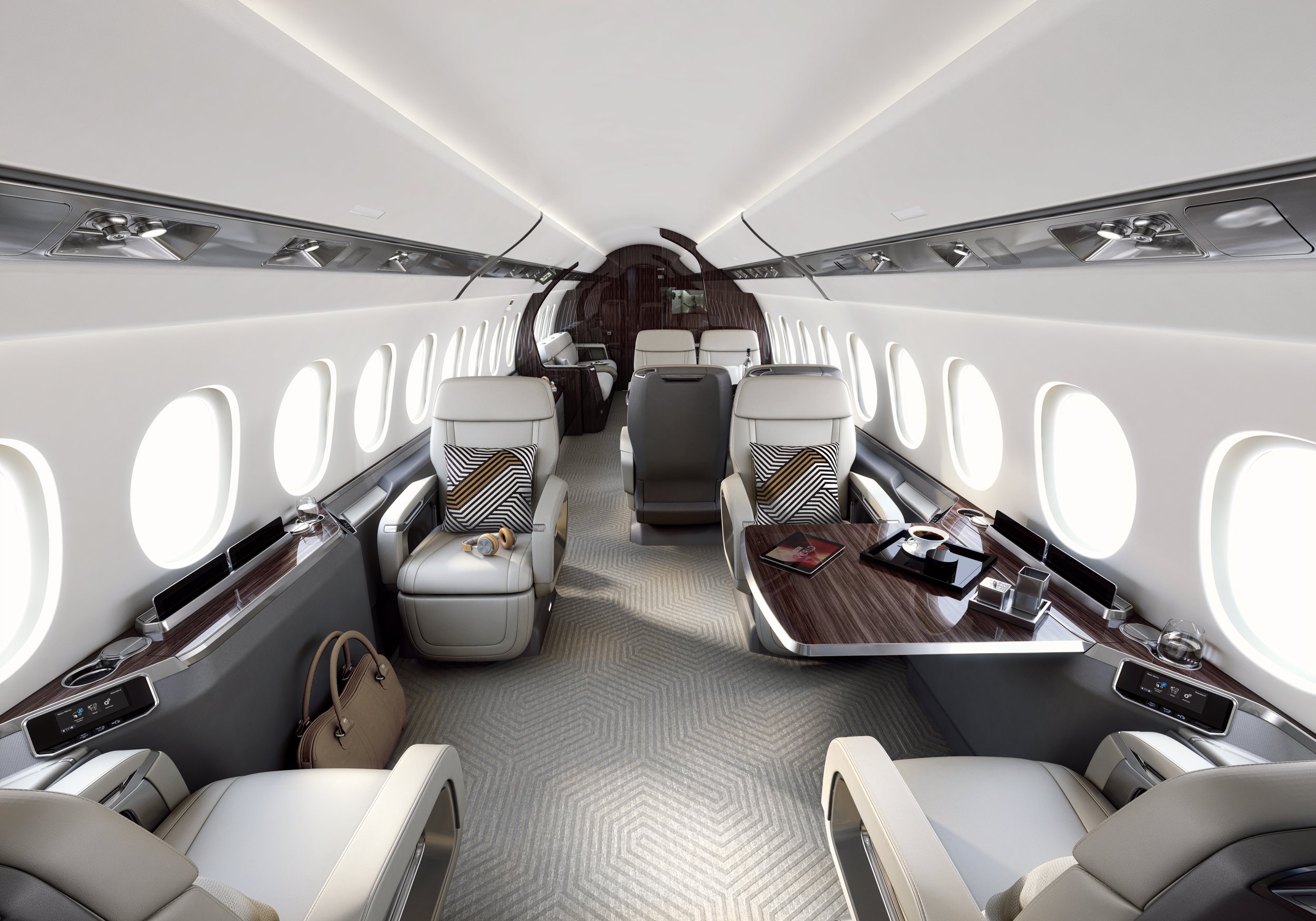 Before certification, the fourth 6X, also with a full interior, will complete a world tour to further evaluate the aircraft under real-world conditions and expose the aircraft to the global service network.

To ensure a smooth service entry, Dassault has already requisitioned $100 million in spares for the aircraft and has begun to distribute them at its 16 parts bases worldwide. The company is preparing all factory service centers for the aircraft’s arrival, including new locations in Asia. In fact, the company is expanding capacity in Asia, including an all new facility in Kuala Lumpur specifically designed around the space needed for the 6X and the even larger, ultra-long-range Falcon 10X that is now in development.

The 6X can perform an impressive list of missions at M .85 such as Paris to Beijing, Shanghai to Melbourne or London to Los Angeles. Its modern interior design (as seen in cabin mockups) has turned heads the last two years, winning the prestigious Red Dot design award and the International Yacht and Aviation Award.

Soon, interested parties will be able to see the real aircraft flying in Asia. 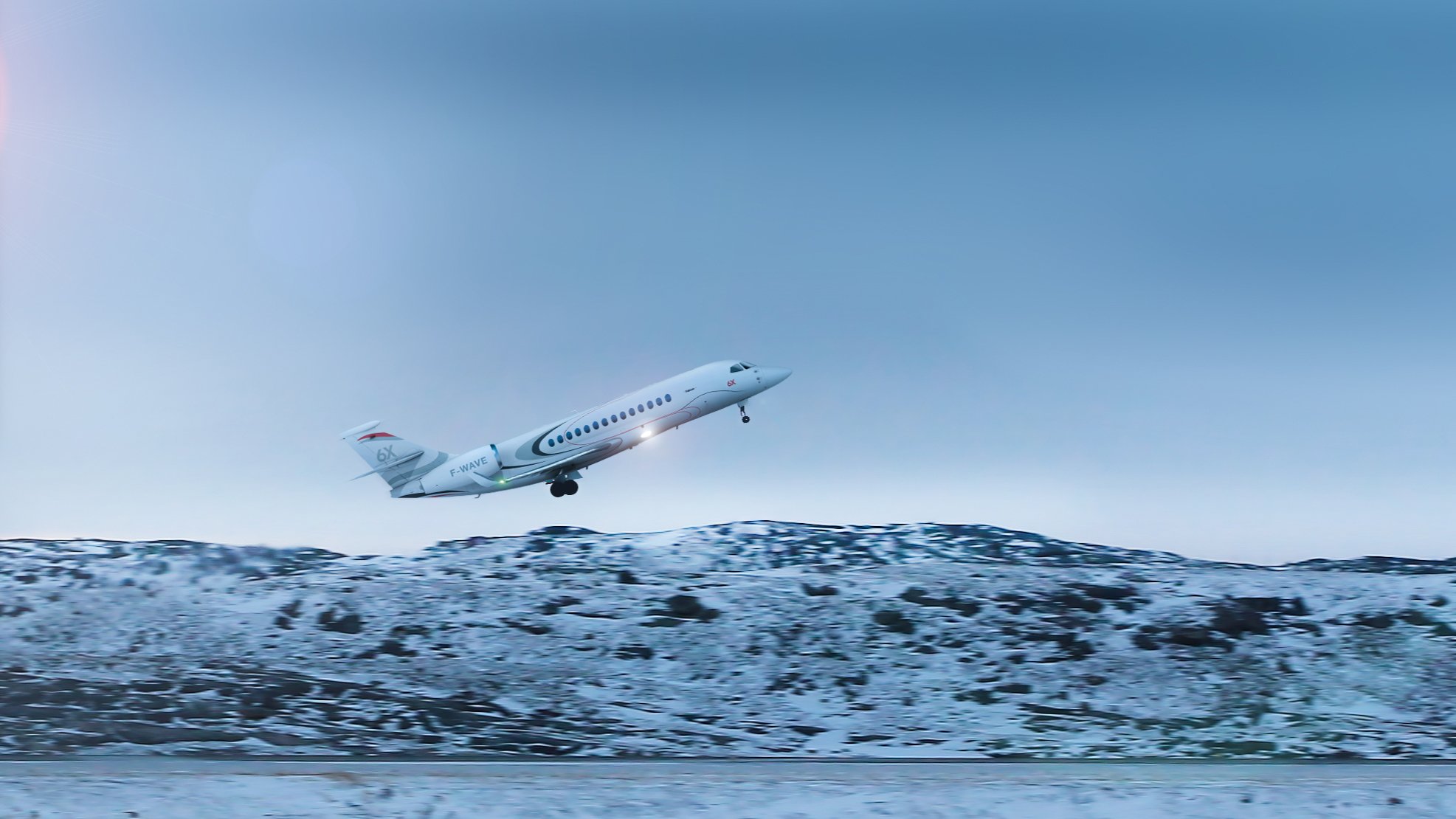 by Global Sky Team March 30, 2022
After a three-year absence, Dassault Aviation is returning with its global M&O Seminar’s in 2022,…