In order to hire or operate an aircraft for charter the aircraft must have the proper certification, according to aviation authorities. This can have several names but is often known as part 135-certified or a air operator’s certificate (aoc). Without this certification, the charter flight is deemed illegal and the consequences can be dire – whether the act was intentional or not. Before operating or flying on a charter flight, it is important to understand the difference between a legal and an illegal charter.

Difference Between Legal and Illegal charter (table and short paragraphs)

A charter certificate holds the operator, pilot, crew and passengers to a higher standard than would apply to those providing their own transportation (which would be flying with a Part 91 or non-commercial certificate), as the Part 135 holder is essentially liable for those on board. In general, this is to promote safety for all on board and, because the aircraft is flying more frequently, ensures maintenance is kept up at a higher standard.

If it is found that a Part 91-certified aircraft is flying for compensation, regulators may cancel the flight.

Because Part 135 aircraft are flying for hire, or compensation, the aircraft must be maintained in accordance with the manufacturer’s approved maintenance program to be considered airworthy. It then follows a strict and approved inspection program. For example, a Part 135 holder is expected to perform a 100-hour inspection for every 100 hours.

With a Part 91 certificate, aircraft are subject to less stringent maintenance standards, as it is expected that passengers have not compensated the pilot or operator for the flight. As such, aircraft owners are required to establish their own inspection programs, often resulting in an annual inspection.

In addition to maintenance standards, there are a number of different operational limitations and factors to consider. A Part 135 aircraft must be able to land within 80% of a runway length, which impacts the access to a number of typically smaller airports. A Part 91 aircraft can typically land at most airports, according to the aircraft’s own requirements.

In terms of weather, a Part 135 can only conduct instrument approaches into an airports with onsite weather reporting facilities, which may impact when a flight can depart and land. A Part 91 aircraft may begin an instrument approach into any airports, meaning the pilot makes the decision on whether a landing or departure can happen.

Operating in a foreign country presents varying limitations for each certification, based on the country.

For example, in Thailand a domestic flight must be a Thai-registered Part 135 aircraft to operate the flight. A Part 91 Thai/non-Thai-registered aircraft can, however, operate if it is a flight that is not being compensated for.

The main reason for such limitations is to protect the interest of the local private jet industry.

While Part 91 aircraft does indeed have insurance, this can often cause confusion among passengers. Insurance on a Part 91 aircraft generally only covers the owner and his non-revenue guests. As such, the insurance company has the right to decline payment should there be an accident.

Because a Part 135 aircraft is specifically used for-hire, the certificate holder assumes legal liability. Consequently, Part 135 holders take the extra necessary steps to ensure all bases are covered while traveling.

Once again, crew onboard a Part 135 flight undergo more training and are held to a higher standard than those on a Part 91 flight because the crew is transporting cargo or passengers.

Part 135 holders have a strict limit on the duration of active crew duty days and the number of hours they may fly. Additionally, pilots are required to attend training sessions every six months.

Illegal charter of aircraft continues to present a significant challenge to business aviation.

The impact of Covid-19 on the aviation sector is both unprecedented and well-documented. The dramatic reduction in commercial airline activity and widespread public health emergencies have however provided an opportunity for the private jet charter industry to demonstrate its value. Medical, humanitarian, repatriation and even important business needs have all been met by charter flights during the current pandemic.

Covid-19 has also provided fertile ground for opportunistic fraudsters. Evidence of that was provided by the recent warning from the Air Charter Association and the European Business Aviation Association, which flagged the increase in use by fraudsters of fake websites pretending to be private jet operators so as to steal money from unsuspecting travellers. In a similar vein, any economic downturn following the current pandemic may also prompt unscrupulous brokers or passengers to pursue cheaper illegal flights with private operators looking to make a profit. Risk averse passengers may also be attracted to these operators due to the lower risk of infection on private flights compared to commercial air travel.

More generally, illegal charter of aircraft continues to present a significant challenge to business aviation, with the number of regulatory abuses reportedly on the increase. In a survey conducted last year by the US National Air Transportation Association (NATA), over 90% of respondents said that their business had been negatively impacted by illegal charter operations.

Although the detail of the regulations relating to public and private flights is complicated and varies according to jurisdiction, in general terms the basic rule is straightforward. If an aircraft is operated privately, it should not be used for commercial (public transport) flights, unless an exemption applies. Accordingly, subject to any relevant exemptions, if a passenger provides valuable consideration (whether by paying money or providing some other benefit) to fly on an aircraft, that constitutes public transport and the operator needs an air operator’s certificate (AOC), or a Part 135 certificate under the US Federal Aviation Regulations.

The examples of illegal charter activities cited in the NATA survey focus predominantly on deliberate breaches of the regulations – such as illegal wet leases disguised as dry leases; flights advertised at very low cost; and charter flights sold under the guise of “sales demos” or “flight training”. In addition, many jurisdictions allow flight “cost sharing” between pilots and passengers, which can also be the subject of abuse.

Illegal charter may however happen inadvertently, either due to ignorance, or owing to the complexity of the regulatory exemptions. The practical application of the various regulations can be difficult. Also, rather unhelpfully, there have been instances where different regulators have adopted different interpretations of the same regulation.

THE CONSEQUENCES OF ILLEGAL CHARTER

As illustrated by the results of the NATA survey mentioned above, the clear loser as a result of illegal charter operations are those legitimate operators who have invested significant time and resources in obtaining an AOC or Part 135 certificate. Illegal charter distorts the market, as it evades the high regulatory compliance costs of legal air operations, including proper training and insurance. It also exposes legitimate charter operators to reputational risks, being tarred by the same brush when it comes to negative coverage of accidents or enforcement action incurred by illegal operators.

Unsurprisingly, illegal operators face a number of substantial exposures. These include regulatory penalties, damage to reputation, and possible repossession of the aircraft by a finance lessor for breach of covenant. In addition, in the event of an incident or serious accident, insurance cover will very likely be invalidated by the illegal activity (owing to breach of the policy conditions), and the operator will be directly exposed to significant damages for death, personal injury or ground damage. Pilots operating illegal flights also face exposures, as noted in the FAA’s Informational Letter to Pilots issued in May this year.

From a passenger perspective, public flights conducted by the holder of an AOC or Part 135 certificate provide an additional level of operational safety, such as more stringent training requirements for pilots, and stricter maintenance standards. Illegal charter operators may not meet those standards, and will likely have far less safety oversight. This emphasizes the need for passengers to undertake proper due diligence on the operator, or to use a professional air charter broker.

Anecdotally, illegal flights routinely happen. However, owing to the general lack of data on illegal flights, it is very difficult to understand the extent of the problem. Last year’s NATA survey helps to shed some light on this as far as the US is concerned, although the position in Asia remains opaque.

Various awareness campaigns have been launched, for example in the US by NBAA and NATA, and in Europe by EBAA. MEBAA and AsBAA are also taking steps to raise the profile of illegal charter operations in the Middle East and Asia respectively. Much though depends on those involved in day to day operations reporting illegal charter, whether by using dedicated hotlines, or otherwise. In the short term, however, widespread reporting seems unlikely: in the NATA survey, half of the respondents said that they did not report their encounters with illegal activities, citing factors such as the potential for repercussions due to the small business aviation community, and the potential loss of customers.

While some regulators are now actively involved in combating illegal operations, more could certainly be done by others, particularly in Asia. This requires resources and effort. Conducting only a handful of ramp checks each year, as has been the case in Hong Kong, is plainly not going to address the issue.

Finally, the penalties need to be genuinely punitive if they are to act as a deterrent. One or two recent cases have demonstrated that tough financial penalties or prison sentences can be imposed. Other measures may also need to be taken, such as revoking the licences of pilots involved in illegal charter or reporting illegal operations to tax authorities for prosecution of non-payment of taxes and possible seizure and sale of the aircraft.

It should not be necessary to await high profile accidents to focus attention on illegal charter. More should be done to combat the issue, particularly in Asia. If regulators turn a blind eye, the risk is that illegal charter will grow in the shadow of Covid-19, as economies slowly emerge from the grip of the present pandemic. 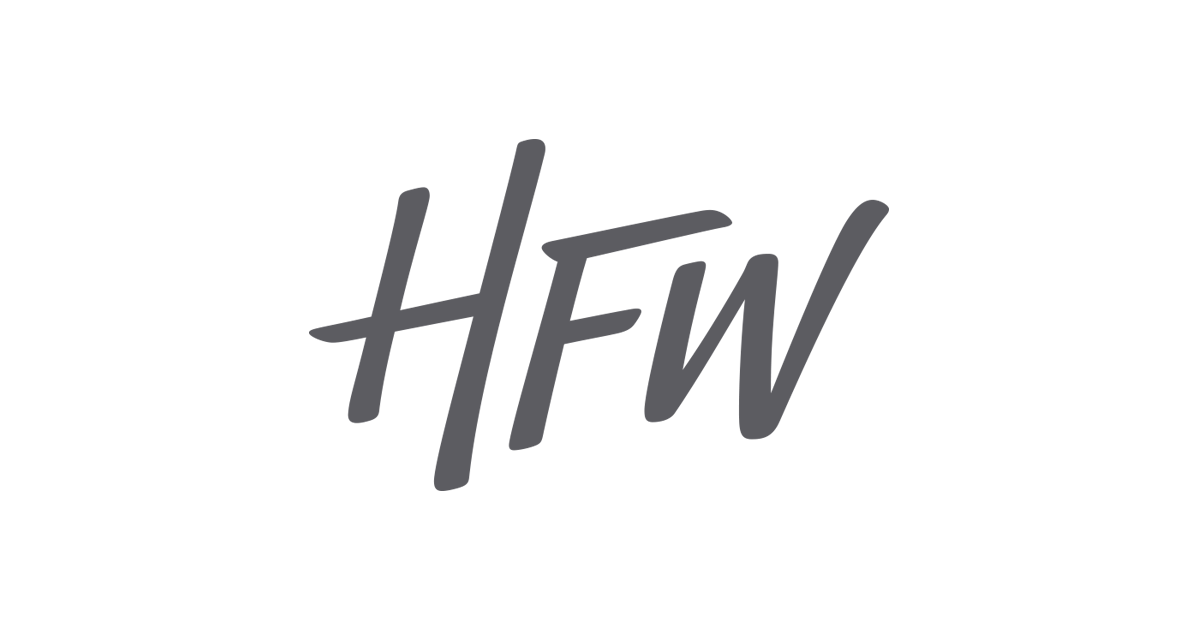 Sponsored August 3, 2020
In order to hire or operate an aircraft for charter the aircraft must have the…