Between 2020 and 2021, China’s self-developed GA aircraft industry has made some progress. Regarding fixed-wing aircraft, the amphibious “Kunlong” AG600, which was solely developed by China, achieved its first sea flight in July 2020. This was its third flight, following its first land flight in 2017 and water flight in 2018. The AG600 is the first large-scale special-purpose aircraft developed according to China’s civil aviation regulations, regarding forest firefighting and water rescue. It is a piece of major aviation equipment that is urgently needed for building China’s emergency rescue system. At present, the AG600 has already entered the overall prototyping and testing stage. Guanyi Aviation’s GA20, which is a single propeller-driven, four-seat, general-purpose aircraft, has made further progress. As of July 2021, four GA20s have entered the final stages of certification. The market is extremely confident in these aircraft. As of writing, the GA20 has won around 200 orders, focusing on the domestic pilot training market. After certification is complete, it will become the first CCAR-23 aircraft with China’s independent intellectual property rights to enter the aviation training market. Among rotorcraft, it is worth noting that the JH-2 developed by Beijing General Aviation Jiangxi Helicopter Co. (BGAC), has obtained a light helicopter certificate, thus filling a gap in the industry as well as promoting the development of domestic general aviation. Urban air traffic has always been a popular topic, with China being at the forefront in this field. More specifically, EHang 216 has already obtained special flight permits and airworthiness certificates from many international regions. Furthermore, China’s Civil Aviation Administration has started an airworthiness supervision of EHang 216 in April this year, and hopefully, it will also obtain the first autopilot certificate in China.

China’s aviation industry has rapidly developed these past few years but there is still a large gap compared with Europe and America, as GA in China is still in its infancy. In terms of market size, aircraft produced by domestic GA manufacturers tend to be mid-to-low-range piston aircraft, whilst most highperformance GA jets are monopolized by foreign manufacturers. The competitiveness of China’s self-developed high-end aircraft is insufficient. As a result, the supply of high-end aircraft highly relies on imports. However, recent international relationships are becoming more complicated. An example is how high tariffs on imported aircraft have increased operating costs for domestic general aviation companies. Moreover, it will also limit positive development for these businesses in China.

China’s GA manufacturing industry took off relatively late, but the market potential for GA aircraft is huge. Additionally, these domestic aircraft manufacturers are exploring new developmental paths based on national policies. Firstly, domestically developed aircraft are gradually developing in the direction of multi-purpose aircraft. Compared with single-purpose aircraft with short operating and long idle periods, China’s amphibious aircraft like the A2C, can take off and land on simple cement and asphalt runways. The aircraft can also fly from reservoirs, rivers, oceans, and other bodies of water and adapt to different terrain. In addition, through some simple modifications, amphibious aircraft can also be used in tourism and sightseeing, aviation training, agriculture, aerial surveying, and other fields. China is a big country of agriculture, but still has some natural features like challenging terrain and regular farming seasons. Amphibious aircraft can perfectly fit those features by providing multiple applications and extending use even during the slack season compared to the traditional one.

Secondly, military and civilian integration is also a new path for the development of China’s GA aircraft. This development is also a great opportunity for GA to strengthen the internal impetus for economic development. Military and civil aviation technology not only come from the same place but the commonality of their key technologies and manufacturing process is around 70%. The technological standard and manufacturing philosophy of GA aircraft can be promoted together with the development of military aircraft. The Nanchang CJ6 is a high-performance primary trainer aircraft solely developed by China. Moreover, flight traning schools in the mainland use them for pilot selection and training. This aircraft, which was the country’s first military-to-civil aircraft model, was granted a type certificate/production license (TC/ PC) in February 2019 marking its official entry into the domestic aviation market. This also has great significance regarding the development of military-civil aviation.

In the future, China’s GA tourism market will quickly expand. At the same time, the country is rapidly taking an interest in the aerial emergency rescue sector. Aside from agricultural production, private travel, and aviation training, the need for GA aircraft will also increase swiftly. China’s local GA manufacturers should seize opportunities, follow trends, and find a breakthrough in local aircraft manufacturing. 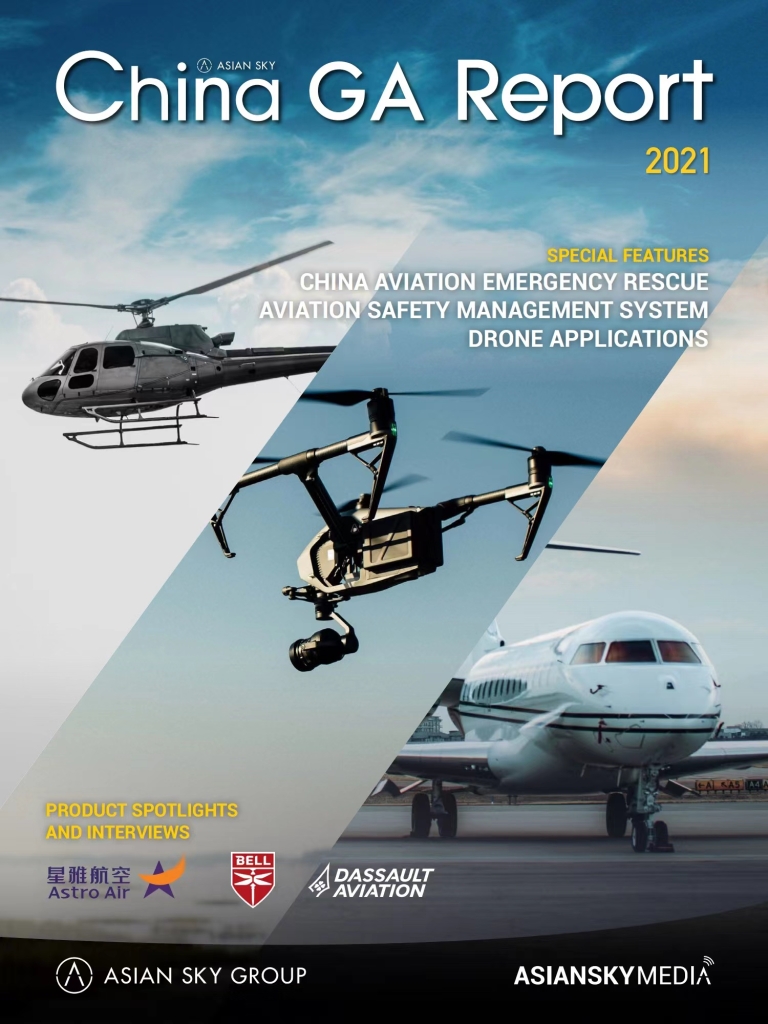