With the focus on the ever-increasing need to reduce emissions, in this article HFW examines the impact Urban Air Mobility (UAM) and Electric Vertical Takeoff and Landing vehicles (eVTOLs) will have on business aviation and whether this new technology provides a sustainable solution to some of the challenges faced by the sector.

Sustainability is under the spotlight for business aviation, with the  pressure to reduce carbon emissions. In response, industry bodies such as the US National Business Aviation Association have pledged to achieve net-zero CO2 emissions by 2050. Accreditation programs have also been established for sustainable flight operations, and operators are increasingly offering carbon offset programs and    embracing Sustainable Aviation Fuel (SAF). Green initiatives are also extending into the world of finance for business jets.

Cutting carbon emissions is a priority for the business aviation sector, with both SAF and advances in aircraft design and engines seen as the best way to achieve this. However, the use of SAF has yet to overcome issues of cost, scale, and lack of infrastructure. In terms of other options, it will be some years before battery-powered aircraft make any serious inroads into the traditional business aviation market, despite the advances currently being made. A new form of technology, in the form of UAM and eVTOLs, is, however, being touted as a potential sustainability solution that can both complement and compete with existing forms of transport in the business aviation sector.

Despite the turmoil created by the pandemic, investment into UAM has not slowed, with a spate of high-profile multi-billion-dollar IPOs and an inpouring of funds from private equity. In 2020, UAM companies raised an estimated total of US$1.3 billion in private investment, an increase of 80 percent from 2019. In 2021 reports suggested that the figure invested in UAM was in the region of US$4.7 billion and maybe as high as US$8billion. Skeptics argue that this investment is simply inflating a bubble, whereas advocates say that UAM will change the face of public transportation sooner than we think.

Morgan Stanley anticipates that eVTOL aircraft could ultimately represent a US$9 trillion global market, although caveats this statement by anticipating that it will likely take decades for the UAM sector to achieve its full potential. Nevertheless, predictions of this nature from a preeminent investment bank are difficult to ignore.

Some of the main eVTOL players have pointed to 2024 for the first commercial flights (Volocopter suggested at the end of 2020 that they would launch a commercial service in Singapore within 3 years). What UAM may look like in the short term is uncertain as scale, adoption, and public acceptance are likely to take time. Point-to-point sightseeing and proof-of-concept flights that are open for public bookings are, however, likely to be on the horizon very soon.

How to regulate – questions remain? 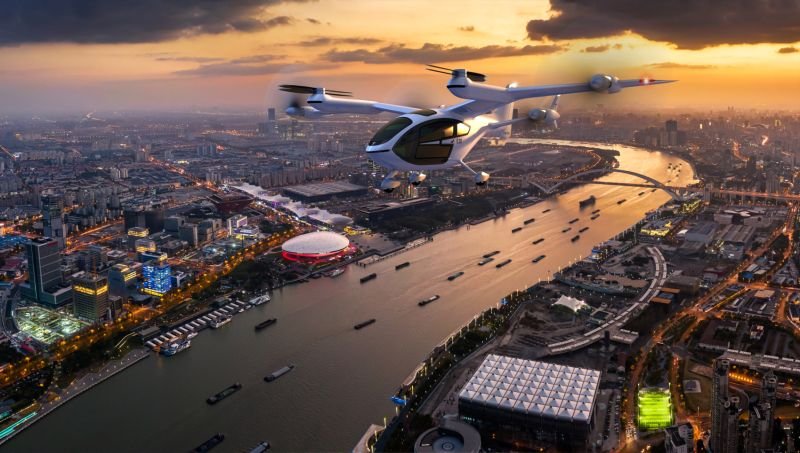 eVTOLs are difficult to define due to the multitude of designs currently being proposed by the burgeoning sector. Some designs echo the features of conventional helicopters – albeit with multiple rotors – whereas others blend a fixed-wing design with varying forms of propulsion units. This makes the task of creating certification standards challenging.

In the US, for example, an eVTOL design is yet to be fully certified and a separate eVTOL certification standard is yet to be proposed by the regulator. To date, most new entrants to the sector have sought to have their designs certified in accordance with the preexisting standards for Small Airplanes (FAA Standard 14 Code of Federal Regulations). The FAA is, however, engaging with the industry and is currently liaising with over 15 eVTOL manufacturers concerning certification, demonstrating that it has a willingness to engage and support the development of the industry. The lack of any form of bespoke certification requirements may, however, hinder development in the long run. In contrast, EASA has developed a complete set of dedicated technical specifications in the form of a Special Condition for VTOL aircraft.

Industry thinking on the applicable liability issues, and the laws which may regulate accidents and incidents, are yet to be advanced. As things stand, the liability regimes for the carriage of passengers on board traditional civil aircraft, such as the Montreal Convention 1999 (MC99), are likely to apply. While strictly speaking MC99 applies to international carriage only, most jurisdictions incorporate the relevant principles into national laws concerning domestic carriage.

Questions remain as to whether the existing liability framework is fit for purpose for the UAM industry. In an accident scenario, an operator’s liability exposures could be significant in a busy urban environment, due to the potential to cause injury not just to passengers but also to individuals on the ground or in nearby buildings.

In a recent McKinsey survey, 60% of respondents said the safety of eVTOLs was their top concern making it the most important issue by far. When analyzing the respondents’ comments, McKinsey also found significant concerns around autonomous flight—a development that most eVTOL manufacturers are planning down the road. In order to address these concerns and reduce barriers to adoption, national legislators will need to consider whether existing laws are fit for purpose or whether a new legal liability regime is needed to specifically deal with the unique risk exposures of high-volume low-altitude urban flight.

The sustainability implications of eVTOLs and UAM are still unclear. A recent study by Ford and the University of Michigan suggests that eVTOLs may have a greater environmental impact than electric cars in a like-for-like comparison. That said, the study recognizes that eVTOL emissions are 35% lower than internal-combustion road vehicles over a 100km point-to-point journey.

The amount of investment UAM has attracted has also drawn concern from certain quarters with some suggesting that eVTOLs are not a way to decarbonize the aviation industry and the current influx of investment would be better spent on SAF and hydrogen. The UAM industry will likely need to work to become sustainable – as with all other industries – rather than being a solution to some of the sustainability challenges the broader aviation sector faces. The largest eVTOL manufactures are, however, committed to sustainability with several eVTOL companies having joined the new ICAO Global Coalition for Sustainable Aviation.That said, it does not mean that eVTOL technology cannot represent a sustainable option in the right environment, especially in cities that have significant traffic congestion problems. UAM may not, however, be a sustainable option for all cities of the future, and urban planners and city administrators will need to decide on a case-by-case basis as to whether this technology should complement existing transportation portfolios.

A replacement for business aviation?

Most analysts anticipate UAM could replace short to mid-range helicopter flights in urban centers but at the same time, many eVTOL business plans are formulated to enable better connections into business aviation hubs. In reality, eVTOLs are, therefore, more likely to replace conventional car and private hire services as opposed to current modes of aviation. Integrating eVTOLs into existing airspace around airfields will prove challenging but not an impossible task when weighed against the potential benefits. These include reduction in journey time as well as a way to avoid road congestion, with both factors being significant concerns for VIP customers.

Given the synergies between business aviation and eVTOLs, it is not surprising to see partnerships emerging between eVTOL companies, Fixed Base Operators (FBOs), and business jet operators. Ground infrastructure will be a key factor in the success of eVTOLs, with the need for ‘vertiports’ to be located in strategic locations and properly integrated with ground transportation, therefore enabling seamless passenger transfers for the first and last mile.

In the shorter term, eVTOLs are likely to link city centers, suburban areas, and airports. In due course, though, with advances in battery density, electric air taxis for short-range routes are likely.

When, not if – the future

The UAM industry has moved forward significantly in the last two years especially in terms of interest and the investment this is attracting.  It now seems inevitable that eVTOLs will be coming to a city near us all very soon. That said, significant technological, regulatory, and legal questions remain unanswered and will need to be addressed in order to facilitate a smooth and steady takeoff. Rather than competing with business jets, if successfully integrated into FBOs or nearby vertiports, eVTOLs and electric air taxis could well prove a useful addition for both the business jet and commercial aviation markets alike. 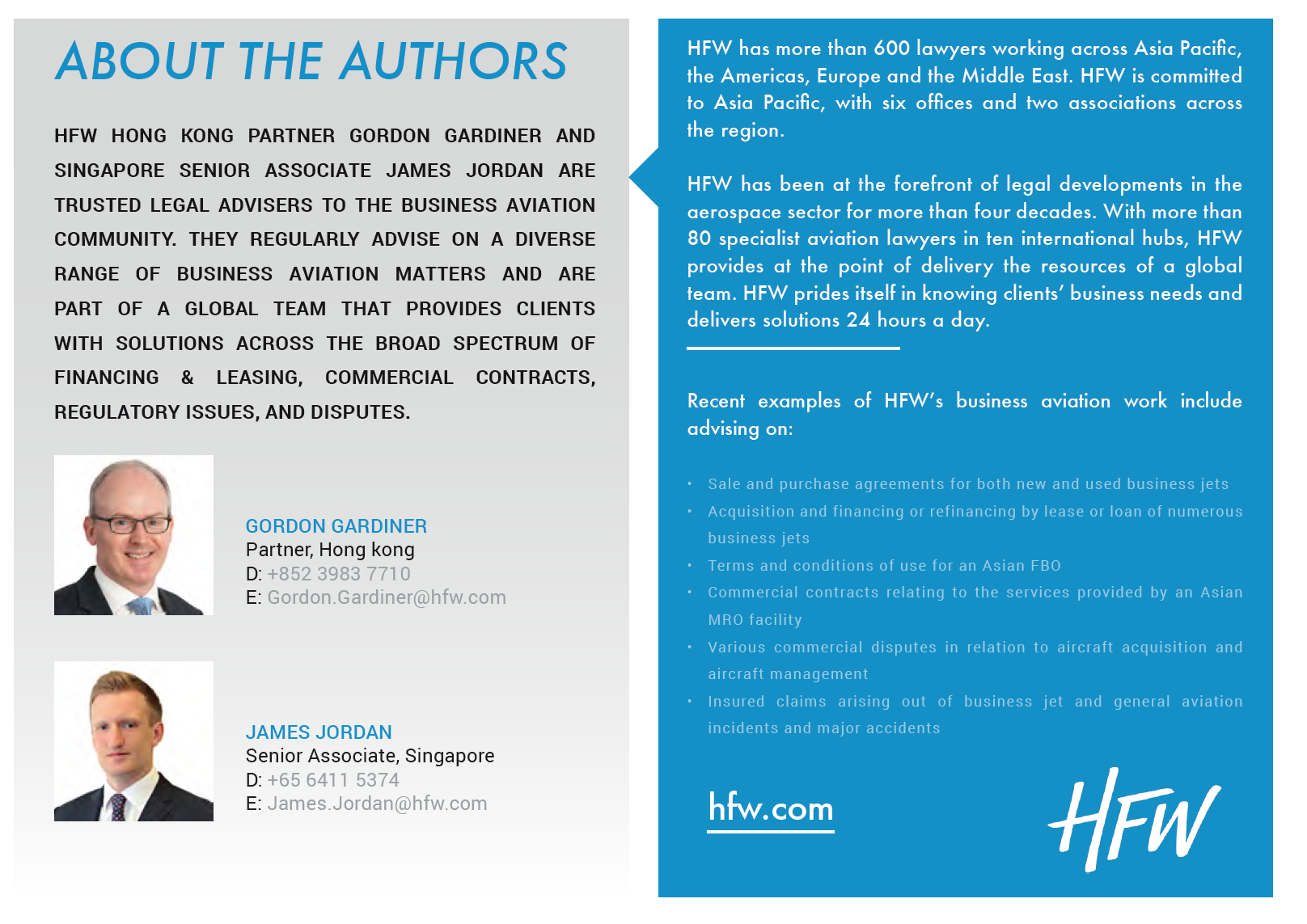