The end of 2021 saw the Asia-Pacific civil turbine helicopter leasing fleet reach 231 helicopters, marking a decrease of 16 units since 2020. The market, which had been growing until 2018, has now experienced a decline in three consecutive years – falling by 1.5% in 2019, a further 3.5% in 2020, and 6.5% in 2021. Mainland China saw the steepest decline in leased units, losing ten helicopters, with most relocating out of APAC. New Zealand experienced the largest increase, with an addition of a further four helicopters.

Milestone Aviation is the biggest lessor in the APAC region with 56 helicopters in its fleet. This was despite a reduction of 15 units when compared with 2020. Major bases for Milestone include both Australia and India. Coming second and third with 35 and 23 helicopters still operating by the end of 2021 were Airwork and LCI respectively. Overall, except for Milestone, there were only small changes in the other lessor’s fleets.

Regarding fleet value1 , the ‘Big Five’ lessors – those with over $100 million in leased assets – Milestone, LCI, Airwork, Macquarie, and Textron, accounted for more than 70% of the total

Most of the leased helicopters belonged to the medium-sized category, which had 97 units (around 42% of the total leased fleet). The single-engine and light twin-size models came next, having 63 units (around 27%) and 52 units (around 22%), respectively. 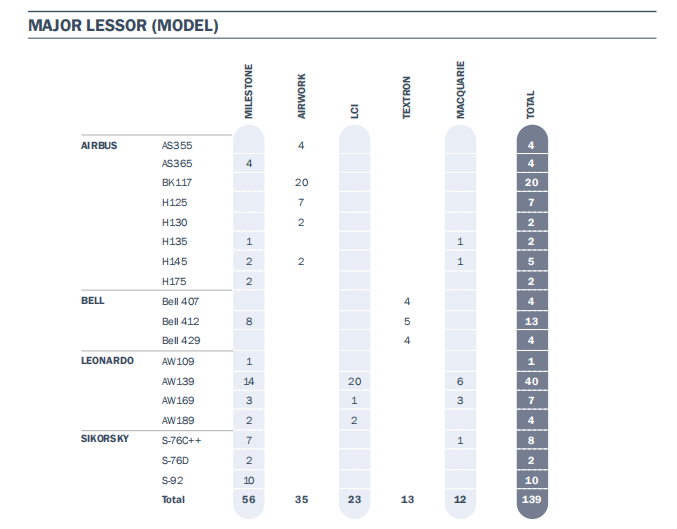 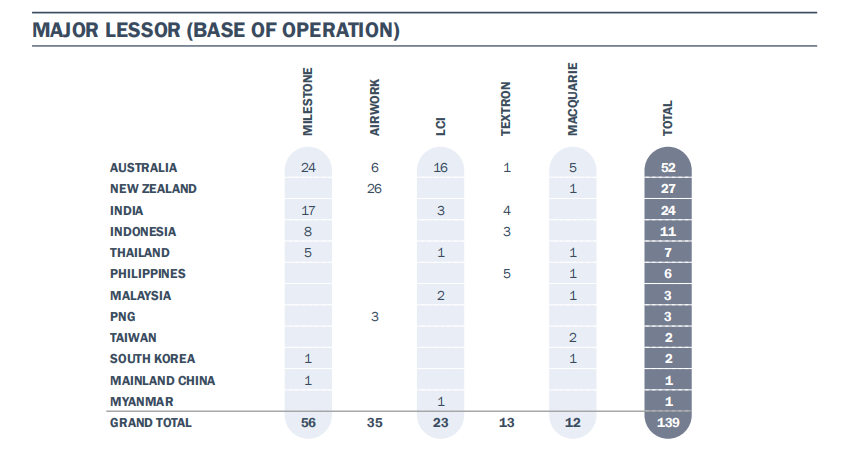 April 1, 2022
At the end of December 2021 there were 253 operational EMS helicopters in the Asia-Pacific…
Civil Helicopters March 10, 2022
There were a total of 300 civil turbine helicopters devoted to offshore operations in Asia-Pacific…