Chris Lloyd joined LCI in 2018 as Vice President Marketing for Asia, based at its office in Singapore. He has over 30 years’ experience in aviation, most of it in Asia, with a proven track record in aircraft sales and leasing. He previously led a helicopter and fixed-wing sales and brokerage company based in Singapore, offering consultancy, leasing and valuation services across the Asian and Oceania regions. Chris is a fixed wing and helicopter pilot.

How would you describe the past year for LCI?

Throughout the past 12 months, despite the challenges of Covid-19, LCI’s doors have remained firmly open for business. We have continued to move leased helicopters between customers and take delivery of new helicopters. The travel and aviation sectors have been materially affected by the pandemic, but the helicopter leasing marketplace has remained active, and we have played a leading role in that with much of our activity taking place in Asia-Pacific.

What impact has Covid-19 had on the helicopter market?

While some parts of the helicopter market have been slightly impacted by Covid-19, the mission critical operators and the lessors they partner with, such as LCI, were able to respond tactically to the situation.

The helicopter leasing sector has displayed remarkable resilience, particularly in regions such as Asia, where we have seen a widespread recovery in aircraft utilisation in recent months. Offshore activity has returned to near-normal levels, and EMS activity has actually increased in countries such as Australia as many people are now holidaying at home. Such are the returning levels of confidence that we’re already seeing new contracts being awarded which is increasing demand for leased helicopters.

In the last three months we have delivered two AW139 helicopters to customers in the region, while extending other lease agreements. Most recently we delivered a AW139 helicopter to SFS Aviation, a longstanding Asian customer, to support its offshore activities in Thailand. Also, in 2020 we added two more helicopters to our fleet in Australia, which is now our single largest market with 18 helicopters.

Has Covid-19 affected investor confidence in the helicopter market?

Chief amongst these was our establishment of a joint venture helicopter leasing business with Japan’s Sumitomo Mitsui Finance and Leasing Company, Limited (SMFL) in September 2020. The vehicle launched with the initial acquisition of 19 next generation helicopters worth US$230 million, with SMFL and LCI co-investors in the partnership. Despite only being launched a few months ago, there are already plans to grow this fleet significantly.

The young, modern helicopters acquired by our joint venture are deployed with operators across the globe on missions including EMS, SAR and offshore wind, with a strong lessee profile, long average lease tenor and full power by the hour maintenance coverage.

Earlier in 2020, we also established a co-investment vehicle with Thora Capital, LLC and RIVE Private Investment as partners. The vehicle currently holds six Leonardo AW139s and three Airbus H130 helicopters valued at over US$100 million, all of which have long-term capital in place and are currently deployed in Australia and the USA.

What challenges has LCI faced in the last 12 months?

The Covid pandemic created a set of operational and technical challenges for operators and lessors alike. For LCI, these arose with the need to perform remote inspections and transitions due to restrictions on travel. However, the investment we have made over the last five years in creating a robust helicopter leasing, management and investment platform has allowed us to overcome these challenges.

Within our platform, we have all the skill sets and expertise – operational, technical, legal, financial, tax and more – to manage helicopter investments, placements, transitions and reconfigurations across sectors and geographies.

For example, that enabled us to efficiently reconfigure, remarket and transition three helicopters based in China to new operators in the Asia-Pacific region.

What are your future expectations for the Asia helicopter market?

Asia has always been a region of major strategic importance for LCI, accounting for around a third of our leased fleet placements. We have had an office in Singapore since 2008, and together with our parent the Libra Group we have a long-standing history and record in the region.

That focus continues to grow in 2021 with many opportunities on the horizon. These include in the EMS sector, which is at different stages of maturity across the region, ranging from large established markets like Japan, Australia and New Zealand where replacement aircraft will be needed, to new markets such as South Korea, Taiwan and China.

The need for helicopters to support the exciting offshore wind market is starting to grow in Asia. We see this happening first in Taiwan, but with longer term potential in China, South Korea and later Japan.

The offshore oil and gas market, in which LCI is already active in Asia, continues to display significant potential for new helicopter placements, especially in markets such as Malaysia, Thailand and India.

These are just a few of the opportunities that we see developing in Asia in the coming years. LCI continues to invest in its presence and partnerships and is very much open for business in this exciting and dynamic region. July 27, 2022
LCI has ordered up to six H175 super-medium helicopters from Airbus. The helicopters are valued…
Civil Helicopters 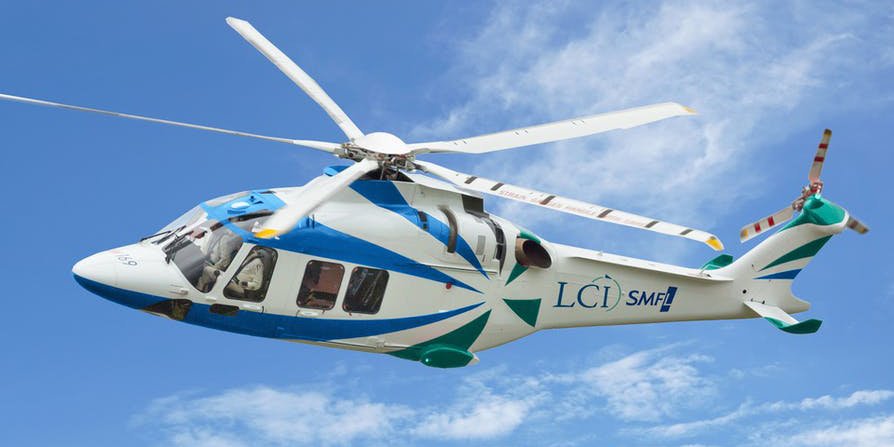