Seagliders: Travel for the 21st Century

Seagliders are electric wing-in-ground effect (WIG) vehicles with overwater operational capability. REGENT seagliders will initially carry 12 passengers in a standard seating configuration. Follow-on seaglider models will carry 50 or more passengers. Seagliders cruise in ground effect at 180 mph allowing for substantial trip time savings compared to surface and maritime modes of transportation. Application of current-day batteries, power electronics, motors, and structural design techniques enable flights up to 180 miles. Technological advancement in these areas within the decade have the potential to incrementally extend the range capability of the seagliders up to 500 miles through routine overhaul and battery upgrades.

REGENT seagliders will provide service in coastal markets starting in 2025. Both non-stop and connecting passengers will benefit from the convenience, speed, and reduced environmental impact of seaglider service. Seagliders will provide a direct alternative to existing ferry and overwater regional airline markets. The performance, capability, and operating regime of seagliders enable interoperability with other components of the future regional mobility ecosystem, including electric vertical takeoff and landing (eVTOL) aircraft, electric or hybrid short takeoff and landing (eSTOL) aircraft, and electric surface transportation options including future cars, buses, trains, and ferries.

In many urban areas, future growth of conventional infrastructure such as airports and rail lines is constrained due to conflicting land use and community objection. Recent runway additions at Seattle-Tacoma International Airport, Chicago O’Hare Airport, and London Heathrow airport have actual or projected investment requirements ranging from $516 million to $52 billion. A proposed light-rail extension to New York La Guardia airport is projected to cost $2.1 billion. Trends from recent largescale infrastructure expansion projects suggest rising costs due to congestion and land constraints in terms of both total and per-passenger normalized cost. Seaglider terminals consist of relatively compact piers or docks, charging infrastructure, and passenger facilities. These require significantly less land for growth and development compared to air or rail infrastructure, enabling modular and fast operational scaling and traffic growth to meet future demands.

eVTOL vehicles have complementary technical capabilities and requirements that may allow a direct interface to seaglider service. The small takeoff and landing area needed by eVTOLs allow all-electric transportation between dense, landlocked markets and coastal seaglider routes. Vertiports to support such connections can be co-located at seaglider terminals, providing a natural and convenient intermodal transition from the last-mile segment to the middle-mile seaglider segment. Range limitations of battery-powered eVTOL aircraft will disincentivize or prohibit most operations beyond 50 miles, suggesting the need for longer-range modes for onward service. As seagliders offer larger payload capacity and range than eVTOLs and eSTOLs, multiple short-range feeder segments operated by eVTOLs can be consolidated onto highly efficient middle-mile seaglider segments. Furthermore, eVTOLs will benefit from charging, maintenance and staging capabilities offered at seaglider terminals.

Operational Benefits and Considerations for Seagliders

When operating at low speeds in the vicinity of terminals, congested waterways, or structures, seagliders will be supported by hull buoyancy (hullborne) in the same manner as traditional boats and ships. In higher-speed regimes, the vehicle weight is supported by hydrofoils (foilborne) or by the wing in ground effect (wingborne). In the wingborne regime, the seaglider will typically remain below 30 feet in altitude to capture the aerodynamic efficiency benefits of ground effect. Both when in contact with the water’s surface (hullborne or foilborne) and when wingborne in ground effect, the seaglider is considered a maritime vessel for regulatory purposes. As such, seagliders are subject to certification and operational oversight by maritime rather than aviation regulatory bodies. Regulations for ground effect wingborne operations already exist from the International Maritime Organization. Other country-specific rules are currently under development by the US Coast Guard and Bureau Veritas (France). Similar to aviation regulatory authorities, these maritime regulators provide stringent oversight and require extremely high levels of safety. In comparison to the aviation authorities, the maritime regulators have increased bandwidth to support new development programs and grant increased flexibility for testing of low-altitude, over-water-only new vehicles, which together have the potential to yield an expedited certification process.

The practical implications of remaining in the marine operating and regulatory environment alleviate operational constraints associated with aircraft. Seagliders are not expected to require aircraft-like flight plans, TSA screening, or air traffic control interaction. Operations will instead remain subject to local maritime navigation laws and norms, including right-of-way, emergency equipment, crew responsibilities, and radio communications. Shifting passengers from airlines to seagliders would therefore have the potential to relieve and reduce airspace and runway congestion in major metropolitan areas. Operational safety will be maintained to high standards through maritime legal frameworks.

Because the seaglider operates at higher speed than most vessels during foilborne and airborne modes, certain complexities will be mitigated through advanced operational procedures, routing, and onboard technology. Operating a seaglider will be more akin to driving a boat than piloting an aircraft. Roll, pitch, altitude, and the transitions between the hullborne, foilborne, and wingborne modes will all be managed by the digital control and flight envelope protection system. Indeed, the command inputs available to the operator will be heading and throttle enabling drastically simplified 2D operations compared to an aircraft. In addition, marine traffic, obstacles, and hazards such as wildlife or floating debris will be identified and avoided using a combination of radar, LIDAR, and electro-optical (vision-based) sensor systems. In hazardous operating environments, seagliders may return to foilborne or hullborne operating modes at any point during a journey. 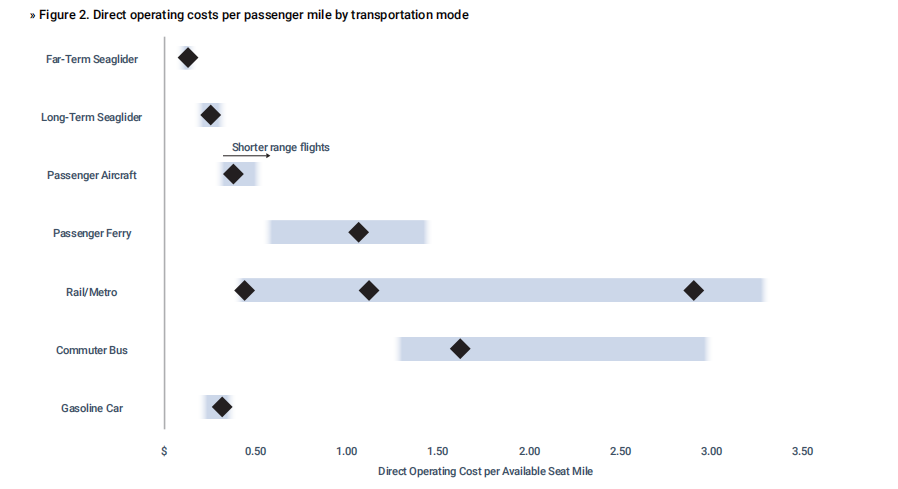 Coastal passenger and cargo routes face numerous challenges that have historically increased CO2 intensity, namely indirect surface routings or use of fuel-inefficient ferry and short-range flight services. Seagliders present opportunities to reduce emissions on these routes by providing a near-term, fully electric means of rapid over-water transportation. Figure 3 provides a comparative assessment of the carbon intensities of various transportation modes including seagliders. Vehicle CO2 emissions are normalized by available seat miles to provide a meaningful and direct comparison between modes. Even with the current mix of renewable sources in the U.S. power grid and current battery technologies, the CO2 footprint of seagliders is expected to fall between 20% and 40% of fast ferries and short-range regional flights (the modes to which seagliders are most comparable for coastal passenger transport). With the increased passenger and range capacity enabled by future batteries, far-term seagliders may further reduce emissions by 60% compared to near-term capabilities.

The analysis in Figure 3 does not account for the increasing share of renewable sources in electricity generation over time, nor does it assume the use of fully renewable electricity for seagliders (e.g., from wind and solar). Such complementary developments will further reduce the CO2 impact of seagliders towards carbon neutrality. 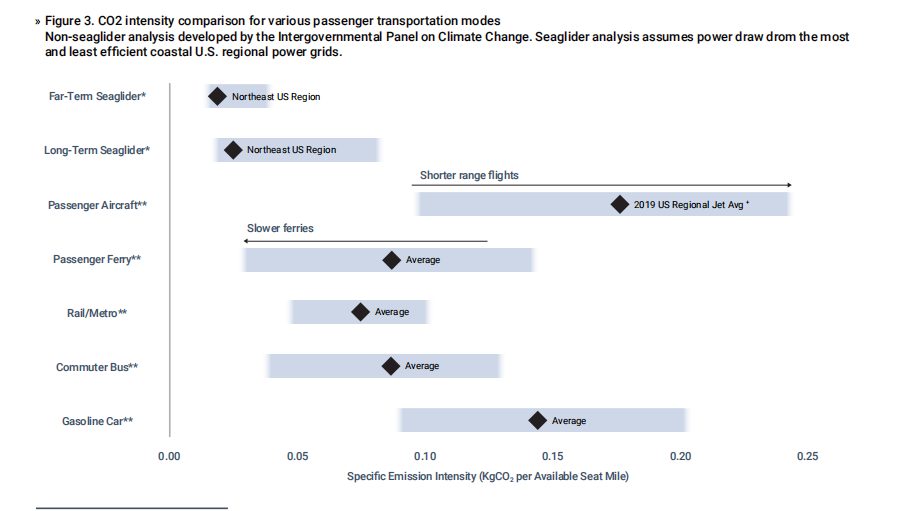 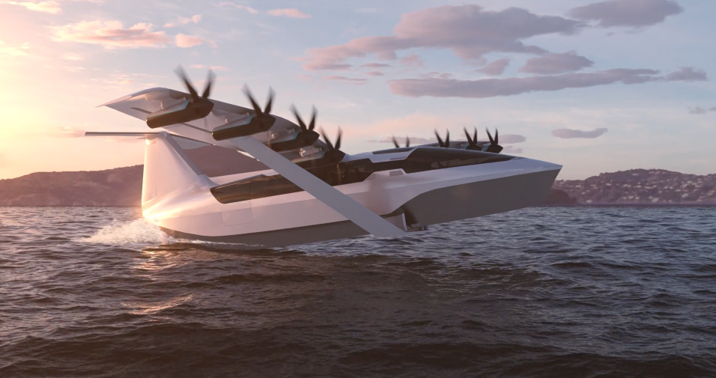 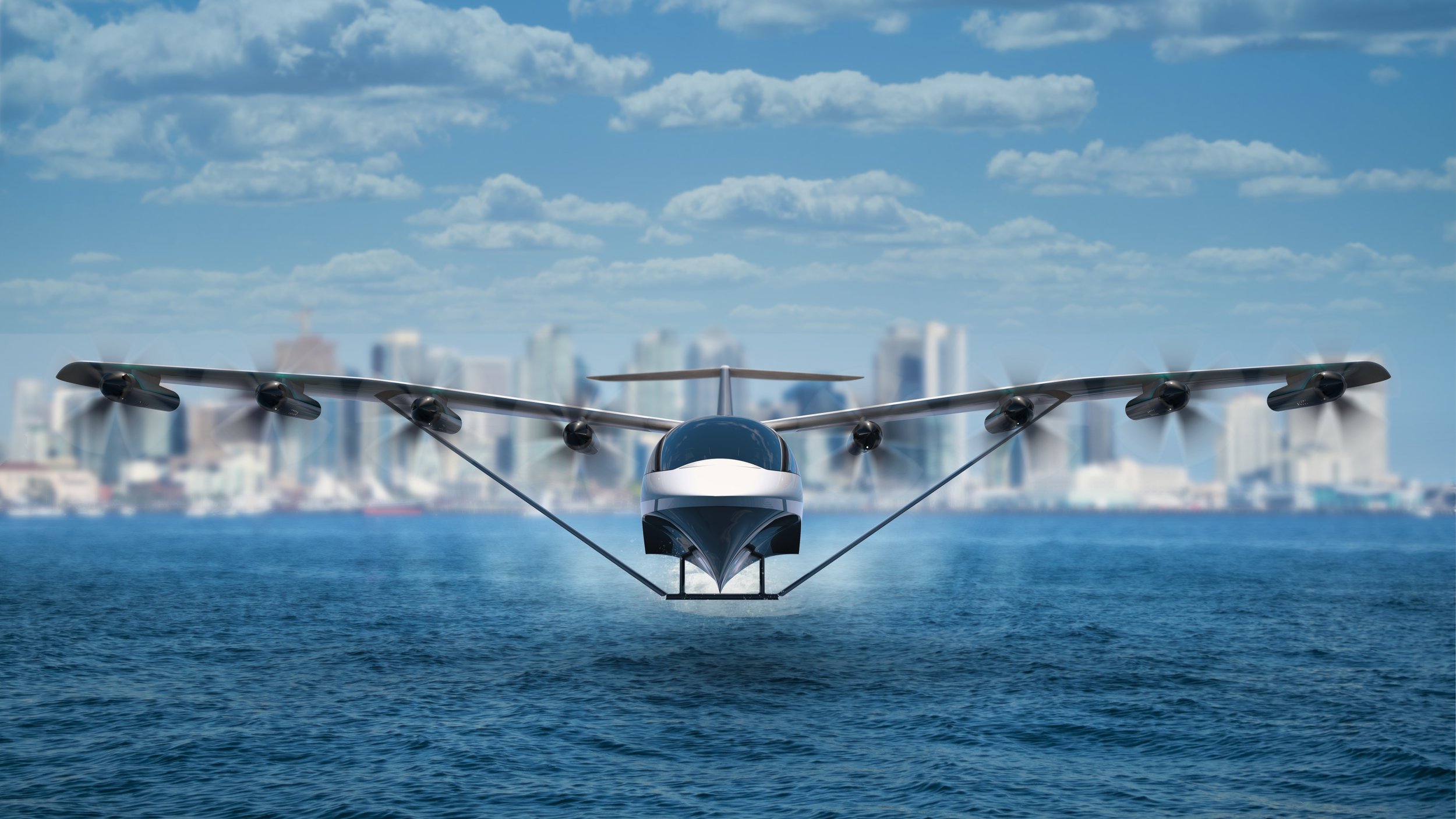 Our mission is to drastically reduce the cost and headache of regional transportation between coastal cities.  Our vehicle, called a seaglider, is a wing-in-ground-effect craft that operates a few meters off the water’s surface and couples the high speed of an airplane with the low operating cost of a boat. Built to the same safety standards of all modern aircraft and watercraft, our vehicle will service routes up to 180 miles with existing battery technology, and routes up to 500 miles with next-gen batteries, all via existing dock infrastructure. Our team of MIT-trained, ex-Boeing engineers are leveraging maritime vehicle development pathways to bring our zero-emission, high-speed seagliders to market within five years. 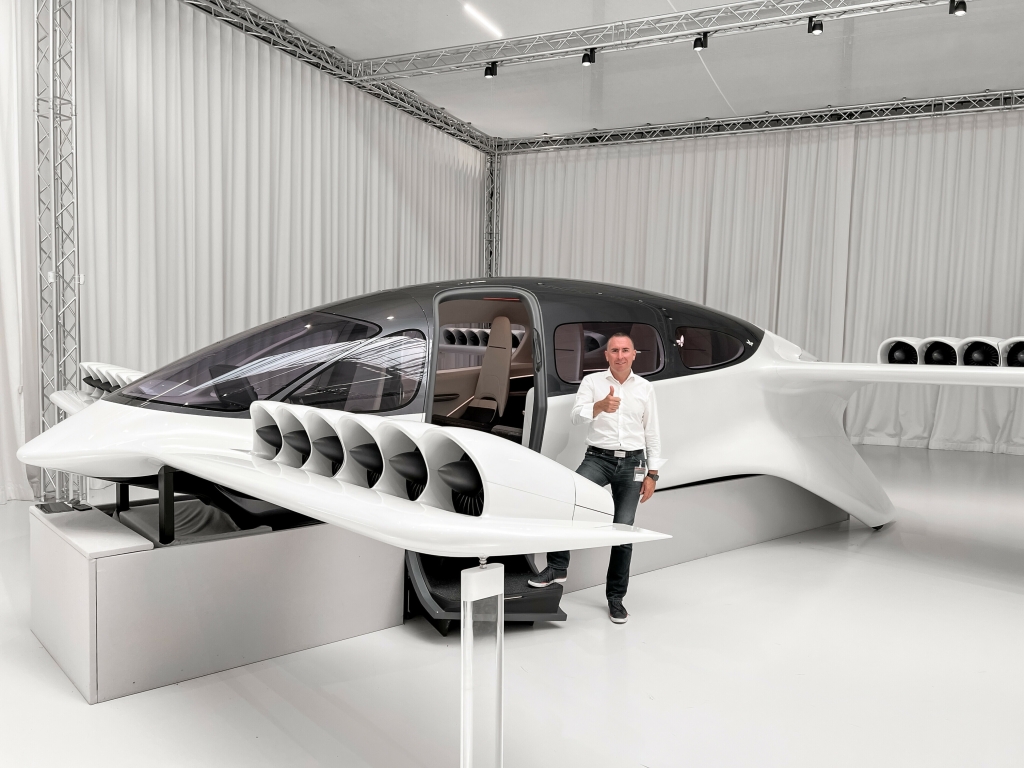