Safran Nacelles announced during the Singapore Airshow the opening of a new site in Suzhou, China, dedicated to the maintenance, repair, and overhaul (MRO) of Nacelles. The site is currently being set up and is expected to be operational by Q2 of 2022.

The Safran Nacelles-owned repair station is located on a Safran complex, which enables the company to benefit from shared corporate services. It is in the heart of the Suzhou Free Zone, one hour west of Shanghai.

The strategic location simplifies the material import and export processes for customers in the Asia region. This new site also complements the company’s MRO network, which already covers Europe, the Middle East, the Indian peninsula, and the Americas. It will also be used as a storage base for large Nacelle components for the entire Asia region.

Alain Berger, Safran Nacelles’ Vice President of Support and Services commented: “Our customers operating in the region will be able to benefit from timely, local support and services whilst reducing transport costs. The services offered range from preparation for entry-into-service to withdrawal of their aircraft from operation. Safran Nacelles can support them at every stage of their fleet’s life. The new repair station enhances our NacelleLifeTM service offer even further.”

The site is equipped with a dedicated MRO workshop and highly qualified personnel to repair Nacelles and Line Replaceable Units (LRU). The on-site engineers are experts in the repair of composite and metal aerostructures and are qualified to offer Original Equipment Manufacturer (OEM) guaranteed repair solutions.

Upon opening, the repair station will be certified by the Chinese (CAAC) and European (EASA) Air Authorities for the repair of Nacelles and thrust reversers for the Airbus A330ceo, the A320neo aircraft equipped with CFM International LEAP-1 engines, and soon for the COMAC C919.

The site teams are already supporting COMAC’s final assembly line to prepare the entry-into-service of its medium-haul airliner.

In addition, the company is also known for being the manufacturer of the Citation’s thrust reverser, the Falcon F7X/F8X nacelles, the Global 7500 nacelles, and the G700 nacelles. June 8, 2022
Gulfstream is expanding its presence in Appleton, Wisconsin, by adding a paint hangar and creating…
Business Aviation 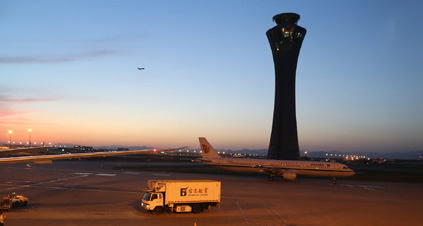 February 15, 2022
One of the major business aviation avionics manufacturers, Collins Aerospace, announced its investment of more…