Chinese business jet management company Sino Jet recently announced that it holds nine sets of business jet maintenance licenses, issued by authorities in China, the United States, Europe, the Cayman Islands, Bermuda, Aruba, Isle of Man, Guernsey, and San Marino, covering major aircraft registration areas that are popular to owners in the greater China region. Sino Jet is currently top in the market in terms of the number of maintenance licenses as well as diversity in aircraft registration location.

The Chicago Convention signed in 1944 stipulates that any aircraft must acquire a unique number that indicates the aircraft’s country of registration, and functions like an automobile license plate. Among different aircraft registries, the national aviation authorities could have vastly different regulations on operating the aircraft. It is paramount for business jet owners to register their aircraft in a country in accordance with their needs.

According to the “Asia-Pacific Business Jet Fleet Report 2020” published by Asian Sky Group, as of the end of 2020, mainland China “B-” is the most popular aircraft registration prefix in the Asia-Pacific region, with a total of 254 business jets (accounting for 21% of the total number of business jet in the region), followed by the US “N”, with 244 business jets (20%). For tax exemption, tax concession, or confidentiality reasons, the number of business jets in offshore registration locations has been increasing in the past two years, from 144 in 2018 to 185 in 2020.

Safety has always been regarded as the foundation of corporate development in Sino Jet. Sino Jet strives to continuously push through the already highest safe operation standards in business aviation. Notably in 2018, when Sino Jet passed the rigorous five-year safety audits by International Business Aviation Council and other recognized bodies, Sino Jet became the first operator in mainland China to obtain the highest level of IS-BAO Stage 3 certification, recognition of the industry-leading standards for safety and best practice in business aviation. Three years on, Sino Jet has successfully renewed its recognition again this year, among the very few qualified operators in the world.

As a leading management company in the Chinese business aviation market, Sino Jet was the first to adopt the “Accompanying Strategy”, to accompany their clients throughout their business jet ownership journey. This means wherever their new clients’ bases are, Sino Jet will actively expand their operating network to cover the location; whichever aircraft registrations their new clients opt for, Sino Jet will progressively work to earn the relevant operation and maintenance licenses accordingly; which aircraft model their clients choose, Sino Jet will enhance their in-house maintenance capabilities before induction.

To date, Sino Jet has already established operating bases in 20 cities within China and overseas. A comprehensive business network can allow flexibility in resource allocation. This is particularly important to overcome the strict border controls by countries these days. During these unprecedented challenging times, Sino Jet has never ceased to provide effective support domestically for their entire fleet regardless the aircraft model and aircraft registration.

Sino Jet is an operator with the highest degree of modern information technology in the market. Sino Jet has developed its own Integrated Information Management System – interconnecting several customized advanced information systems to effectively manage the entire life cycle of an aircraft. Every piece of information is efficiently and accurately documented, stored, and transferred to ensure that every piece of valuable information about the aircraft is securely managed, so that the largest financial value of their managed business jets is upheld. Deservedly, Sino Jet was granted the Annual Industry Creativity Award at the International Sci-Technology Innovation Festival in 2021 for setting a benchmark for the industry; and for its contribution towards safety in the business aviation.

Multinational maintenance capability, top safety standards and advanced information technology systems, Sino Jet rightfully continues to grow its client base. With a growing fleet size for consecutive years, Sino Jet’s fleet size is ranked first in Asia-Pacific region, and is recognized as one of the top five operators in the same region that sustains continuous annual growth. 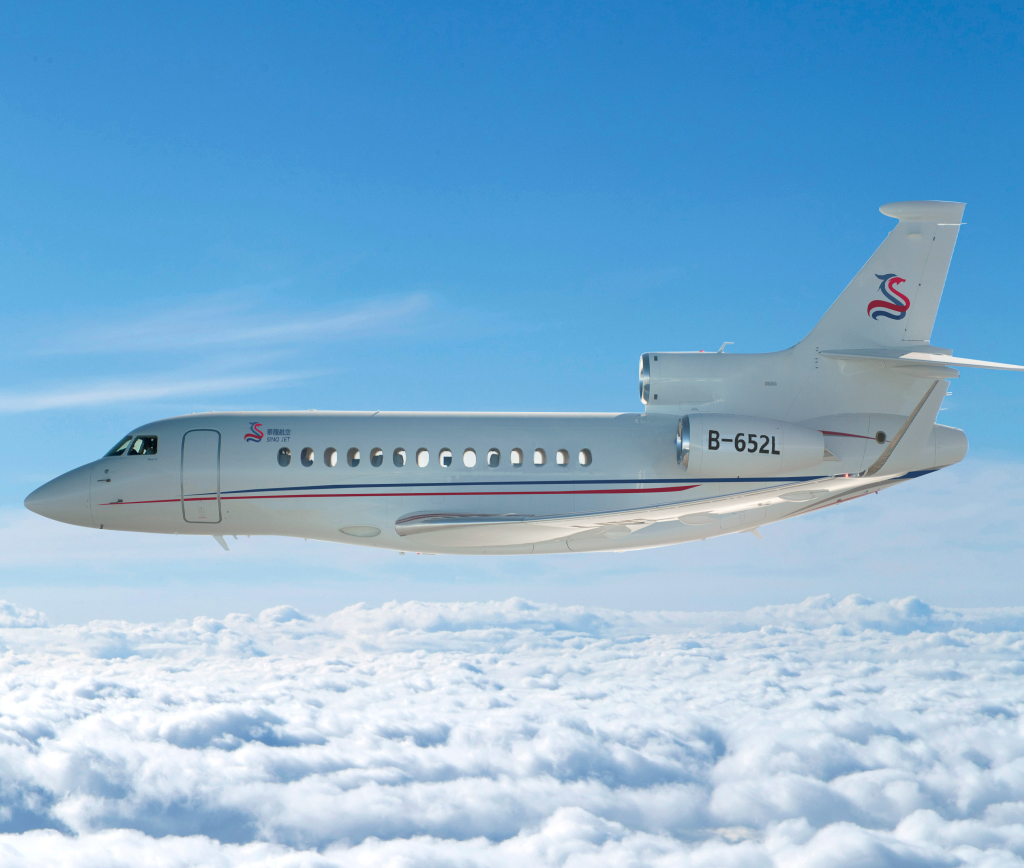 Sponsored June 27, 2022
Mr. Chun joined Sino Jet in 2012, and is the Vice President of Operations of…
Business Aviation Success With Safe And Efficient Services

Sponsored May 6, 2022
As the global economy continues to be affected by the COVID-19 pandemic, the overall number…
Business Aviation