The Volocopter 2X flew its first crewed test flight at Pontoise airfield, France on March 21st, 2022, with the main goal being to measure the aircraft’s noise emissions.

This was the second test flight in France, with the first one taking place in June 2021. The previous flight test was uncrewed, making Volocopter the first urban air mobility (UAM) operator to have flown both crewed and uncrewed flight tests.

“By flying our aircraft in a crewed configuration at a Paris airport, we are proving to one of our launch cities firsthand that our aircraft will offer a practical addition for potential airport-to-city routes,” states Christian Bauer, the Chief Commercial Officer of Volocopter.

The company hopes that the data gathered from this test flight can assist with its air taxi launch by the 2024 Paris Olympics.

The announcement came after the company revealed its long-time CEO, Florian Reuter, will be stepping down. Dirk Hoke, the former CEO of Airbus Defense & Space, is to step up and take his place in September 2022.

Volocopter has also raised 170 million in its Series E Funding Round. The round was led by WP Investments, a new investor from South Korea. Previous investors include Atlantia, Honeywell, and Whysol.

You can read more about Volocopter in Asian Sky Media’s Asia-Pacific UAM Report. 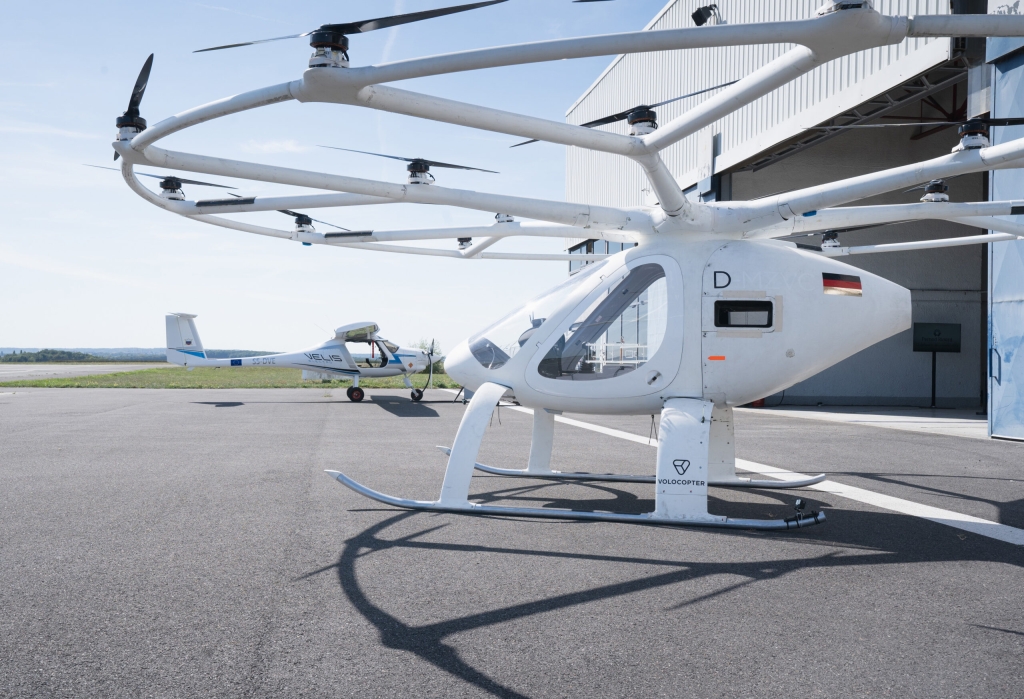 September 14, 2022
Volocopter talks us through its AAM exhibition in Singapore, as will as its plans to…
Advanced Air Mobility